'France should not humiliate itself': Ukraine hits out at Macron over Russia statements 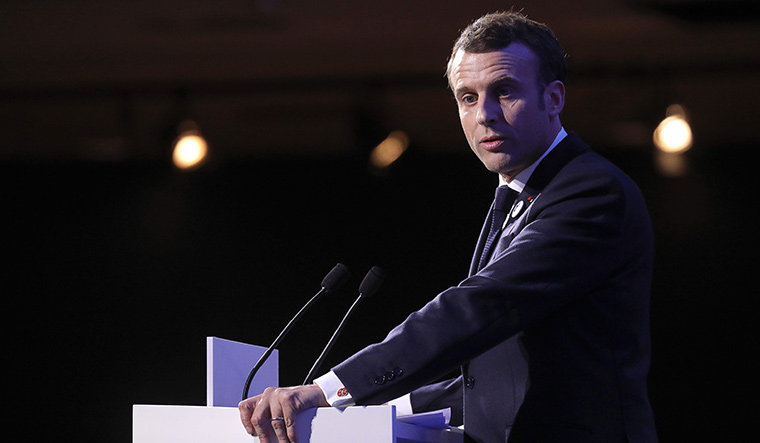 Macron said in an interview with regional French newspapers Friday that Putin made a historic error in invading Ukraine, but world powers shouldn't "humiliate Russia, so that when the fighting stops, we can build a way out together via diplomatic paths".

Reinforced Russian troops backed by airstrikes pummelled a portion of eastern Ukraine on Saturday, blowing up bridges and shelling apartment buildings as they fought to capture two cities that would put a contested province under Moscow's control, Ukrainian officials said.

Russian and Ukrainian forces battled street-by-street in Sievierodonetsk and neighbouring Lysychansk, regional governor Serhiy Haidai said. Russian strikes killed four people, including a mother and child, in the nearby village of Hirske, Haidai said. The cities are the last major areas of Luhansk province still held by Ukraine.

The Russian attacks are central to the Kremlin's reduced wartime goal of seizing the entire Donbas region, where Moscow-backed separatists have fought Ukrainian forces for eight years and established self-proclaimed republics.

Russia also escalated attacks in Donestk, the other province that makes up the Donbas, the Ukrainian military said as the war reached its 101st day. Reflecting the close combat, Russian and Ukrainian military officers blamed each other for a fire that destroyed the main church at the Sviatohirsk monastery, one of Ukraine's holiest Orthodox Christian sites.

In recent days, the Russians focused on capturing Sievierodonetsk, which had a prewar population of about 100,000. At one point, they held 90% of the city, but Ukrainian soldiers clawed back some ground, Haidai reported Friday.