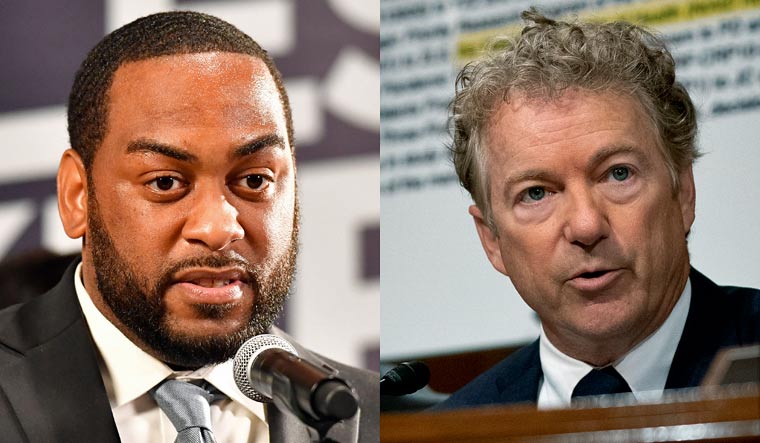 Republican US Senator Rand Paul of Kentucky has won his party's nomination in his quest for a third term.

The libertarian-leaning Paul coasted to victory over five little-known challengers in the GOP Senate primary in Kentucky. Paul is a former presidential candidate who has gained a national voice in supporting limited government and a restrained foreign policy.

Kentucky hasn't elected a Democrat to the US Senate since Wendell Ford in 1992.

Pennsylvania Lt. Gov. John Fetterman, the leading contender in Tuesday's Democratic primary for US Senate, said his pacemaker surgery was successful and he is on track for a full recovery after suffering a stroke last week.

The 52-year-old Fetterman has said his stroke was caused by atrial fibrillation, a type of irregular heartbeat that's potentially serious but treatable. He tweeted an update after surgery Tuesday, saying We got the all-clear that it was successful.

Democratic Gov. Tom Wolf's office said Pennsylvania's top-ranking state senator, Sen. Jake Corman, will take over as acting lieutenant governor while Fetterman recovers. Corman, a Republican, serves as the Senate's president pro tempore. Fetterman can reassume his duties and powers four days after his office informs state lawmakers that he is not disabled.

Corman had been running in the GOP primary for governor but ended his campaign last week.

Fetterman is facing three other candidates in the race for the Democratic nomination for Pennsylvania's open Senate seat. Republican Sen. Pat Toomey is retiring.

Charles Booker has won the Democratic primary election for the US Senate in his bid to stop a decadeslong winning streak by Kentucky Republicans.

Booker defeated three opponents in the Democratic primary. He will challenge Republican US Senator Rand Paul in the November election.

The Bluegrass State hasn't elected a Democrat to the Senate since Wendell Ford in 1992.

Booker is back with his hood to the holler campaign agenda after narrowly losing the Democratic Senate primary two years ago.

He promotes social programmes such as Medicare for All and a basic universal income. Booker says such proposals would uplift people across the Bluegrass State, including poor urban neighbourhoods and struggling Appalachian towns.