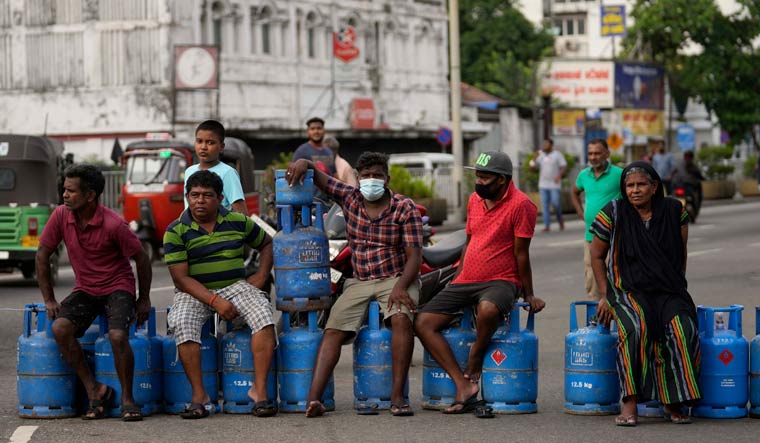 Curfew has been imposed in entire Sri Lanka with immediate effect, the police said. Sri Lanka's embattled Rajapaksa brothers, President Gotabaya and Prime Minister Mahinda, appealed to the people on Monday to exercise restraint and remember that violence only begets violence, saying the economic crisis needs an economic solution which his government is committed to resolving.

Their statement came amidst violence in the country in which at least 23 people were injured as supporters of Prime Minister Mahinda Rajapaksa attacked anti-government demonstrators gathered at a protest site near his official residence, prompting the police to enforce a curfew in the capital.

Strongly condemn the violent acts taking place by those inciting &amp; participating, irrespective of political allegiances. Violence won't solve the current problems. I request all citizens to remain calm &amp; exercise restraint. I urge everyone to work together in solving this crisis, the President said in a tweet.

The Prime Minister also urged the people to exercise restraint.

While emotions are running high in #lka, I urge our general public to exercise restraint &amp; remember that violence only begets violence. The economic crisis we're in needs an economic solution which this administration is committed to resolving, Mahinda Rajapaksa said on Twitter.

There were reports on Monday that Mahinda Rajapaksa may resign, as pressure mounts on the embattled government led by his younger brother and President Gotabaya Rajapaksa to form an interim administration to overcome the worst economic crisis facing the country.

Mahinda Rajapaksa, 76, who is under intense pressure from within his own Sri Lanka Podujana Peramuna (SLPP) ranks to resign, was gathering his supporters to apply counterpressure not to stand down.

A tense situation prevailed as a group of supporters of Prime Minister Mahinda Rajapaksa attacked the protesters outside the 'MainaGoGama', a protest site near Temple Trees, the official residence of the Prime Minister, Daily Mirror, an online news platform, reported.

The tents opposite Temple Trees were dismantled by a mob, Lanka First, a leading news network, reported.

The 'MainaGoGama' protest site was set up demanding the resignation of Prime Minister Mahinda Rajapaksa.

The Prime Minister told his supporters that he was ready to make "any sacrifice" for the people.

Hundreds of supporters of the Prime Minister have been brought in buses while some others marched to the Temple Trees to show support to the premier against the call for his resignation, the Colombo Page newspaper reported.

The Rajapaksa brothers- President Gotabaya Rajapaksa and Prime Minister Mahinda Rajapaksa have so far defied calls for their resignation.

In a special Cabinet meeting on Friday, President Gotabaya Rajapaksa declared a state of emergency with effect from Friday midnight. This is the second time that an emergency was declared in Sri Lanka in just over a month as the island nation was in the grip of the worst economic crisis.

Sri Lanka is currently in the throes of unprecedented economic turmoil since its independence from Britain in 1948.

The crisis is caused in part by a lack of foreign currency, which has meant that the country cannot afford to pay for imports of staple foods and fuel, leading to acute shortages and very high prices.