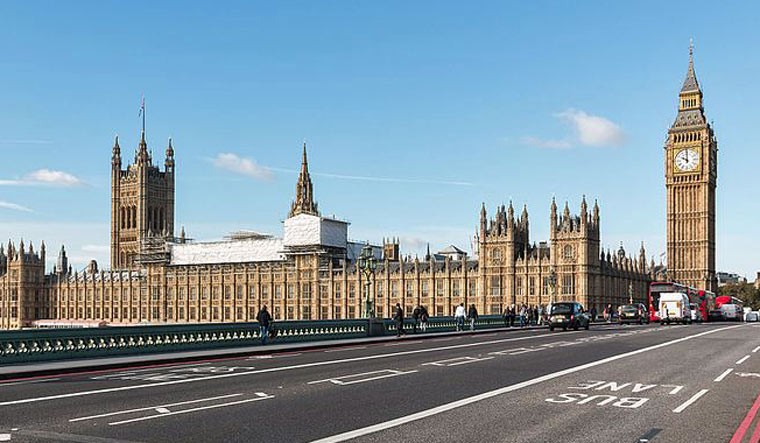 Hoyle's comments come at the heels of  MP Neil Parish admitting he twice watched pornography in the Commons. He consecutively announced his resignation as the MP for Tiverton and Honiton.

The Parliament has been called out to shut down the culture of sexism and misogyny. One of the crackdowns to clean up this culture could include shutting down the bars in the parliament.

Business Secretary Kwasi Kwarteng said that closing bars to tackle a culture of sexual misconduct would be “excessively puritanical”.

In more stories about misbehaviour on part of MPs, Labour party MP Chris Bryant said he was touched inappropriately by "several MPs" when he was first elected to the House of Commons. A female MP said that a male MP pointed to a fabric tying her wrap dress and asked, “What happens if I undo this?” An MP was accused of having noisy sex in his parliamentary office, while another has been accused of sending a d**k pic to a female colleague.

Hoyle's comments were seconded by a former leader of the House of Commons Andrea Leadsom, who in 2018 spearheaded the creation of the Independent Complaints and Grievance Scheme (ICGS), which looks into claims of bullying and sexual harassment, The Daily Mail reported.

MP Chris Bryant told the Guardian, that parliament was “no different from any other workplace” and should do more to specifically tackle sexism and harassment.

So far, the government has been resistant to mandatory training to tackle sexism when MPs get inducted. But, a House of Commons spokesperson said, that both houses have agreed that such training is essential for everyone working in the parliament and that over 92 per cent of participants indicated that the course helped increase their ability to recognise unacceptable behaviour.

The Conservatives, on May 1, outlined plans to increase the number of female MPs in the parliament in a bid to help diffuse the sexist culture in the parliament. Business Secretary Kwasi Kwarteng, however, said he was against all-women shortlists and quotas being used. He also denied that there was a culture of misogyny in the parliament.