Drone was carrying out reconnaissance 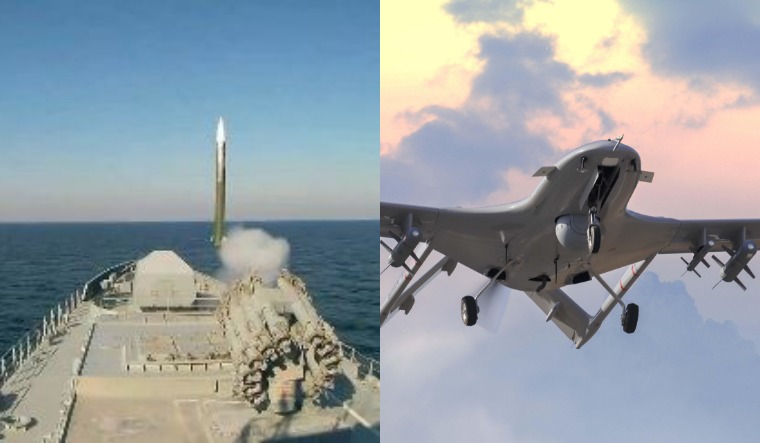 The Russian ministry of defence announced on Tuesday that one of its warships had shot down a Ukrainian drone.

The ministry of defence shared video footage, apparently from the bridge of the ship. The Russian ministry of defence announced on Facebook “The crew of the frigate of the Black Sea Fleet near the western coast of the Crimean peninsula destroyed an unmanned aerial vehicle of the Bayraktar type.

The target was destroyed by the launch of two missiles from the Shtil anti-aircraft missile system. The UAV carried out reconnaissance of the actions of the Black Sea Fleet ships, as well as coastal and ground positions of military equipment of the Russian Armed Forces, located on the Crimean peninsula and in the southern part of Ukraine.” The Bayraktar is a Turkish-made UAV that Ukraine has used to target Russian supply lines and air defence units.

The video also showed the ship had an 'RBU' rocket launcher on its deck. The RBU system fires short-range rockets to attack submarines. The only modern Russian ships with both the Shtil missile and RBU system are the Admiral Grigorovich class of frigates. Popular analyst handle Navy Lookout tweeted there were only two frigates of the Admiral Grigorovich class in the Black Sea Fleet—the Admiral Essen and Admiral Makarov. Last week, Ukrainian media claimed the country's military had damaged the Admiral Essen with an anti-ship missile. However, this claim has not been corroborated.

The claims by the Russian Navy of the downing of a UAV as well as Ukraine's claims of damaging the Admiral Essen, in addition to the performance of the Shtil missile, are likely to be closely followed in India. This is because both ship and missile are well known to the Indian Navy.

The Indian Navy signed a deal with Russia to purchase four Admiral Grigorovich class ships in 2018: Two of the ships are being built in Russia's Yantar Shipyard and two at Goa Shipyard. In fact, the two ships being built in Russia were originally meant for the Russian Navy. However, Moscow cancelled the order after Ukraine refused to supply engines for the vessels following the invasion of Crimea in 2014.

The Indian Navy has been using variants of the Shtil missile since the late 1990s, starting with the Delhi class destroyers and then the Talwar and Shivalik class frigates. Newer indigenous ships of the Indian Navy are using the Barak 8 missile that was co-developed by DRDO and Israel's IAI. The Barak 8 has a more advanced radar seeker, greater range and lighter weight than the Shtil.