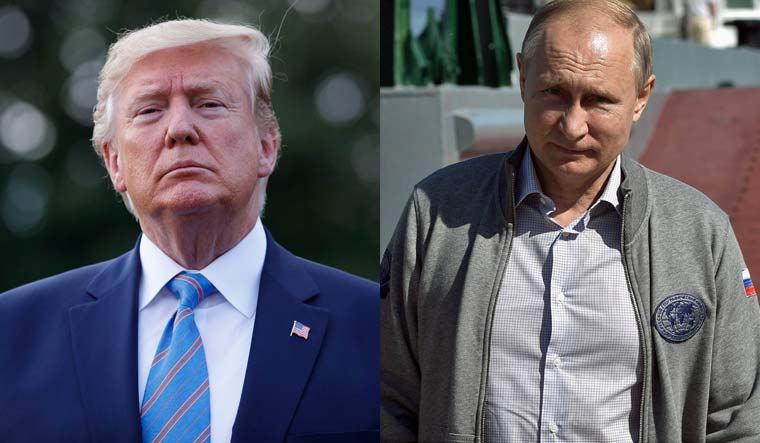 Former President Donald Trump, on Tuesday, in an interview with far-right journalist John Solomon, asked Putin to dish out dirt on Joe Biden's family, a CNN report reads. Trump brought up the allegations he had used while campaigning during the 2020 elections. He alleged that there had been shady business dealings between Joe Biden's son Hunter and several Eastern European oligarchs. He brought up the alleged transfer of millions of dollars from Yelena, the wife of Moscow's former mayor to the Bidens.

“As long as Putin is not exactly a fan of our country, let him explain… why did the mayor of Moscow’s wife give the Bidens—both of ’em—three and a half million dollars?” Trump asked, adding helpfully, “That’s a lot of money,” Trump told in an interview with JustTheNews. At the time the allegation was made, Biden had said that this was, “simply not true.” A judicial investigation is going on into the dealings of Hunter Biden, who was paid handsomely while he worked in countries like China and Ukraine as a consultant while Joe Biden was vice president.

He also urged Putin to hack into Hilary Clinton's emails. While campaigning for the 2016 elections, Trump played up Clinton's emails that were hacked and leaked by the Russian military.