Frostbite saved Russia from Napoleon, Hitler. And it's hitting Putin's men in Ukraine 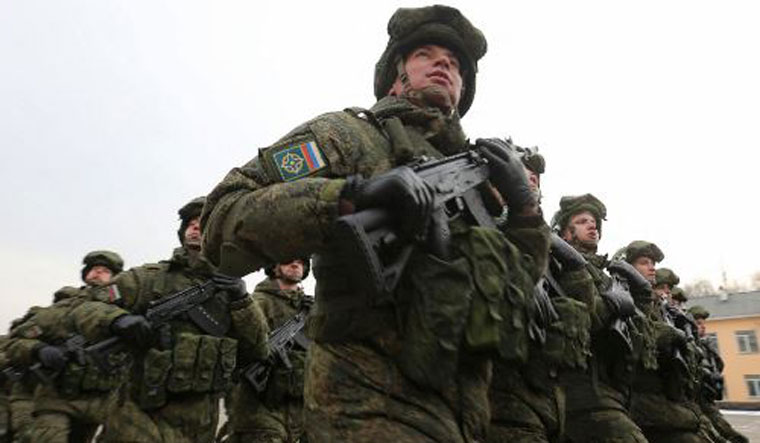 “Amateurs talk about tactics, but professionals talk logistics.” This is a cliché that goes around whenever there is talk of war or actual conflict going on.

And it is being talked about now as the Russian invasion of Ukraine nears its first month. Intelligence analysts and defence experts have been stunned by the lack of progress by Russian forces to subdue Ukraine's military and take control of key areas.

Russia has remained opaque about its casualty figures. A pro-government Russian news outlet, Komsomolskaya Pravda, had published a story on March 20 that claimed 9,861 soldiers had died in Ukraine and 16,153 had been injured. The article was quickly pulled.

Its not just deaths the Russians are worried about. On Tuesday, The New York Times reported “Russian forces were 'struggling on many fronts,' including routine supply lines and logistics, and that the Pentagon had seen indications that some Russian troops had been evacuated because of frostbite.”

ABC News reported Russian soldiers were “suffering from frostbite because they lack the appropriate cold weather gear for the environment”.

So, what is frostbite?

Mayo Clinic defines frostbite as an “injury caused by freezing of the skin and underlying tissues”. While exposed skin is most vulnerable to frostbite, the condition can also affect skin covered by gloves or clothing. Symptoms of frostbite include prickling feeling, numbness, skin turning discoloured, hardening of skin and blisters. If not treated quickly, frostbite can result in permanent damage to skin, muscle, bone and other tissue, according to Mayo Clinic.

Frostbite in military deployments and operations happens mainly due to low-quality clothing, shoes and gloves. In addition to the risk of injury for affected soldiers, conditions like frostbite typically result in deterioration of morale among fellow soldiers.

Frostbite is unlikely to remain a major problem for Russia as winter nears an end in Ukraine. However, the incidents show how lack of robust logistics can undermine a military operation.

Incidents of frostbite have been recorded in wars before. Two campaigns where frostbite hit invading troops are still studied by scholars of war to understand the importance of logistics. Ironically, both involved invasions of Russia.

German dictator Adolf Hitler launched his surprise invasion of the Soviet Union in June 1941. Operation Barbarossa, as the invasion was codenamed, made rapid progress, but slowed down as the merciless Russian winter approached.

Britannica notes “In October and November a wave of frostbite cases had decimated the ill-clad German troops, for whom provisions of winter clothing had not been made, while the icy cold paralyzed the Germans’ mechanized transport, tanks, artillery, and aircraft.”

Medical researchers estimate German soldiers suffered 250,000 cases of frostbite during their attempt to take Moscow in the winter of 1941-42. These cases resulted in around 20,000 amputations.

The Russian winter, and frostbite, came to bedevil the Germans again in the epochal Battle of Stalingrad (now Volgograd), which lasted nearly a year and ended in February 1943. The Battle of Stalingrad led to a humiliating surrender, which pushed Hitler to abandon his invasion of the Soviet Union.

An article in the Journal of the Royal Society of Medicine chronicled the medical aspect of the Battle of Stalingrad. It noted that the winter of 1942 led to rapid frostbite among German soldiers due to poor clothing and bad nutrition. It noted soldiers died in large numbers due to frostbite and hypothermia, with their bodies lying abandoned in the open. To escape frostbite, many of the German soldiers removed underclothing of dead Soviet soldiers and wrapped rags in their shoes. It is estimated that 800,000 German soldiers (and also men from allied Fascist states) died in the Battle of

French military genius Napoleon launched an invasion of imperial Russia in 1812 over differences with Tsar Alexander, with one dispute being Russia continuing trade with the British.

Napoleon amassed an army of over 600,000 men from France and other countries of his empire to march into Russia in June 1812. The Tsarist forces did not engage the French and instead relied on a 'scorched earth' policy of burning towns and farmland to deny materials for the French.

“French strategists assumed the Grande Armée would be supplied by wagons, or would be able to gather supplies as they went. Russian roads, however, were in very poor condition, making it very difficult to transport supplies. The Grande Armée also failed to prepare for Russia’s harsh winter. Its troops were not dressed or trained for the kind of weather they faced,” National Geographic notes.

Ironically, the first medical description of frostbite was made by a member of Napoleon's army. Baron Dominique Jean Larrey was the surgeon general of Napoleon's army as it withdrew from Moscow in 1812. His recommendations for treatment of frostbite using 'friction massage' was observed as the standard method for treating the condition in military medicine for over 100 years.

Frostbite was a major problem for the French forces, who had inadequate clothing and footwear. Historians note many French soldiers lost noses, fingers and toes as they were not able to understand symptoms of frostbite.

Historians note that by the time Napoleon reached Moscow in September 1812, his force had whittled down to 110,000 men.

The failed invasion of Russia weakened Napoleon considerably even as it united other European powers against him. Austria, Russia, Prussia and Great Britain signalled they were only opposed to his continuation in power and not France's status as a major power. Napoleon was forced to abdicate in April 1814 and accept exile in Elba.