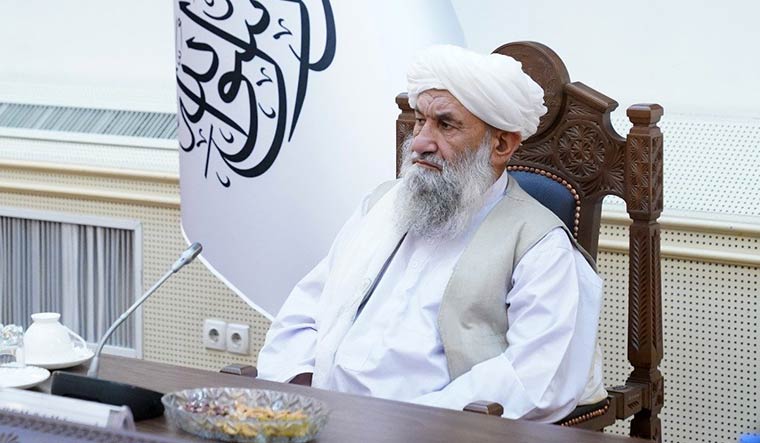 Amid Pakistan National Security Advisor (NSA) Moeed Yusuf's visit to Kabul, top Afghan Taliban leaders assured him that the Afghan soil would not be used against its neighbours, including Pakistan. Yusuf, who led a high-level inter-ministerial delegation to Kabul on January 29-30, held talks with Afghanistan's acting Deputy Prime Minister Abdul Salam Hanafi and Acting Foreign Minister Mullah Amir Khan Muttaqi. "The policy of the Islamic Emirate (of Afghanistan) is clear that we will not allow anyone to use Afghan soil against [our] neighbours and other countries,” a statement issued by the presidential palace in Kabul quoted Hanafi as saying, according to the paper. "We also want similar action from others,” Hanafi said, while hosting the inter-ministerial delegation in the Afghan capital.

The Pakistan-Afghanistan relations have been steadily degrading since the Taliban took over Kabul. For one, there has been a spike in terrorist attacks in Pakistan since August after the Taliban came to power, belying Islamabad’s expectations that they would take harsh measures against their former comrades-in-arms and expel them. The Afghan Taliban had persuaded Pakistan to enter into talks with the TTP, which Islamabad did with the vain hope that the Afghan Taliban would use their influence to tame the militant group.

The TTP announced a month-long ceasefire on November 9 and presented tough conditions, including implementation of their brand of Shariah and release of all detained rebels. The government faced a backlash and refused to accept the demands and the TTP refused to extend the ceasefire once it ended.

Another has been the border issues. Pakistan has been fencing the 2600-kilometer-long border with Afghanistan since 2017 to end terrorist infiltration and smuggling despite very intense opposition from the neighbouring country. Besides the erection of a fence, the project also includes the construction of border posts and forts, and the raising of new wings of Frontier Corps, the paramilitary force that guards the border. A large part of the fence has been constructed in inhospitable terrain and in some places at very high altitudes. The fencing is expected to be completed at a cost of about $500 million. Fencing has been a contentious issue in Pakistan-Afghanistan ties because the Afghans dispute the border demarcation done during the colonial period. Pakistan, however, insists that the line separating the two countries, also called the Durand Line, is the valid international border.

Islamabad had always hoped that the Afghan Taliban would help in settling the longstanding matter. However, that has not been the case. The Taliban did not resolve the issue when they were in control of Afghanistan from 1996 to 2001 and have not done anything substantive to address it this time either so far, the Dawn report said. Taliban spokesman Zabiullah Mujahid, who is currently the acting culture and information minister, said in an interview days after the takeover of Kabul by the group on August 15, rejected the fencing of the border by Pakistan. "The Afghans are unhappy and oppose the fencing. The fencing has separated people and divided families," he had said.