Previous attempts in recent days to diffuse tension have not worked 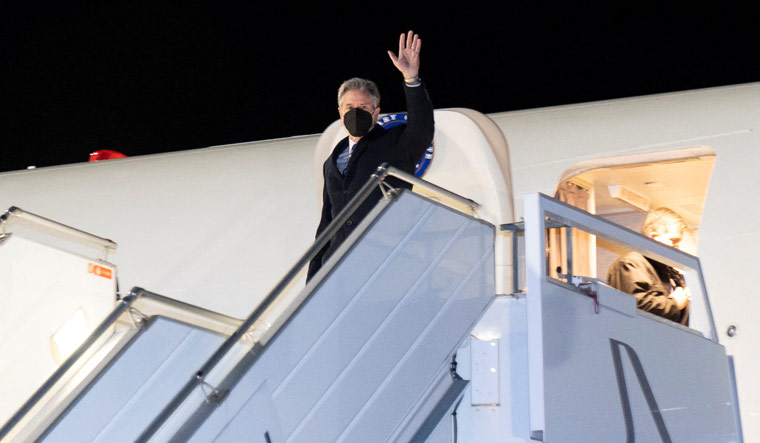 US Secretary of State Antony Blinken is set to meet Russian Foreign Minister Sergei Lavrov in Geneva on Friday as tension between the two sides remains high over Ukraine.

Blinken arrived in Geneva late on Thursday after meeting with officials from the UK, France and Germany to build a united front against the threat of Russian aggression to Ukraine. Blinken held meetings with officials of the three European powers in Berlin. There, he alleged Russian President Vladimir Putin could order an invasion of Ukraine imminently.

Russia's permanent representative to the EU, Vladimir Chizhov, told CNBC that he hoped Blinken would be conciliatory to Russian demands. “I would hope that Secretary Blinken comes to Geneva not empty-handed, but with a reply, which was promised to the Russian proposals on security guarantees, the ones that were presented to the United States and to NATO countries,” he told CNBC.

The US and NATO have rejected the demands to prevent admission of Ukraine to the alliance and roll back deployments in eastern Europe.