‘There are no minor incursions or small powers’: Zelensky 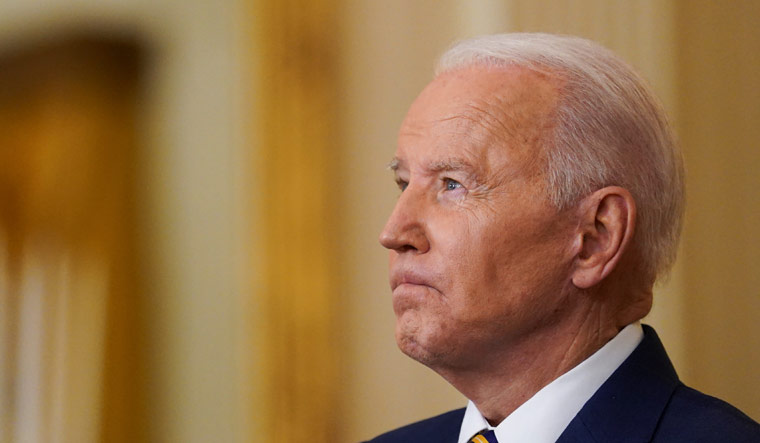 U.S. President Joe Biden holds a formal news conference in the East Room of the White House, in Washington | Reuters

US President Joe Biden’s remarks at a news conference on Wednesday, where he said he expected Russia to “move in” on Ukraine but appeared to downplay the possibility of fighting in the event of a “minor invasion”, has sparked controversy.

At the conference, Biden was speaking on the varying types of responses for Russian action in Ukraine. Biden said he thinks Moscow will invade and warned Russian President Vladimir Putin that his country would pay a dear price in lives lost and a possible cutoff from the global banking system if it does.

But controversy stemmed from one remark he made that suggested a lesser response in the event of a “minor invasion”.

“It's one thing if it's a minor incursion and then we end up having a fight about what to do and not do, et cetera,” he said.

NATO Secretary-General Stoltenberg also attempted to downplay Biden’s remarks, saying the comment was not a green light for a Russian invasion of Ukraine. "Russia will be held accountable if it invades - and it depends on what it does,” he told CNN.

Russia has built up around 100,000 troops near its border with Ukraine.

US Secretary of State Antony Blinken warned Thursday that there would be a swift, severe response from the United States and its allies if Russia sends any military forces into Ukraine.

“If any Russian military forces move across the Ukrainian border and commit new acts of aggression against Ukraine, that will be met with a swift, severe, united response from the United States and our allies and partners," Blinken told a news conference with his German counterpart.

Later, Blinken accused Russia of threatening the foundations of world order with its buildup troops near Ukraine's border. He said Russia must face a concerted and severe global response if it invades.

The stark warning was delivered in Berlin, the formerly divided city that symbolised the Cold War split between East and West, as Blinken prepares to meet Friday in Geneva with Foreign Minister Sergey Lavrov in a high-stakes bid to ease tensions that appears likely to fail.

These are difficult issues we are facing, and resolving them happen quickly, Blinken said. I certainly don't expect we'll solve them in Geneva tomorrow.

He said Russia's actions toward Ukraine are an attempt to subvert international norms and just the latest in a string of Moscow's violations of numerous treaties, agreements and other commitments it has made to respect the sovereignty and territory of other countries.

The speech came after Blinken and top diplomats from Britain, France and Germany met in Berlin to project a united front to Russia over concerns that it may be planning to invade Ukraine. A day earlier, he met Ukraine's president in Kyiv to discuss the threat.

Russia has denied it is planning an invasion and, in turn, accused the West on Thursday of plotting provocations in Ukraine, citing the delivery of weapons to the country by British military transport planes in recent days.

Russian Foreign Ministry spokeswoman Maria Zakharova alleged that Ukrainian and Western talk of an imminent Russian attack was a cover for staging large-scale provocations of their own, including those of military character.

Russia wants binding security guarantees, including a permanent prohibition on Ukrainian membership in NATO, to which Kyiv aspires, and the removal of most of the U.S. and allied military presence in eastern Europe.

Russia on Thursday announced sweeping naval drills in several parts of the world this month, and claimed the West is plotting provocations in neighbouring Ukraine where the Kremlin has been accused of planning aggressive military action.