Barbados votes for the first time in a general election today

The Caribbean island nation became an English colony in 1625 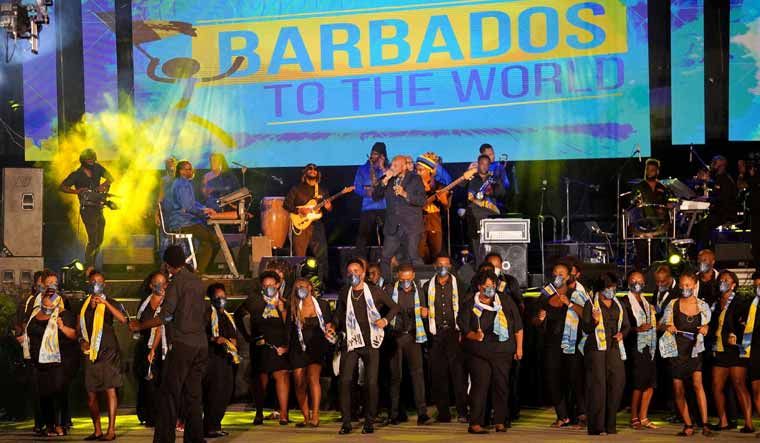 [File] The Presidential Inauguration Ceremony in Bridgetown, Barbados, held to mark the birth of a new republic on Nov 29, 2021 | Reuters

Barbados, an island in the Caribbean sea, will hold its first general election today, January 19. The country is the world’s newest republic, with the discharge of Queen Elizabeth II as its sovereign last November.

The polls forecasted the centre-left BLP to secure a staggering majority after the party swept most seats in the Senate and House of the assembly in the 2018 elections.

Prime Minister Mottley called the election in a televised broadcast on December 27. The election posters were up across the island within hours of the announcement.

Nearly 400 years as a British colony, the Caribbean island nation severed its ties with the United Kingdom on November 30.

Barbados’ journey to be a republic began years ago. The Cox Commission in 1979 verified that the public preferred to continue under a constitutional monarchy, while, in 1998, a constitutional committee proposed the country end the monarchy.

In 2003, the final court appeal was switched from the London-based Judicial Committee of the Privy Council to the Caribbean Court of Justice.

Earlier in 2020, Mason announced the move to republicanism: “The time has come to fully leave our colonial past behind,” and added, “Barbadians want a Barbadian head of state.”

Dame Sandra Prunella Mason was sworn as Barbados’s first president in an overnight ceremony held in its capital, Bridgetown. A 21-gun salute was fired as the national anthem of Barbados echoed in Heroes Square, with Prince Charles bearing witness to the ceremony.

The history of colonialism

As per records, on May 14, 1625, the first English ship under the supervision of Captain John Powell, who claimed it on behalf of James I, docked in Barbados. From then on, “Los Barbados” became a part of English colonialism.

Shortly after, English settlers made their way to the island, displacing its original inhabitants, the Arawaks. The island came to be known as “Little England”.

The British turned the region into a ruthless sugar colony that ran on the labour of thousands of enslaved Africans. It was a hub for the transatlantic slave trade. The slave economy became noted as the “jewel in the crown” of the Caribbean.

Emancipated from slavery in 1834, the country gained independence on November 30, 1966.

Barbados did not change its national flag, the coats of arms, the national pledge and its anthem as it developed into a republic. But the terms like “royal” and “crown” were excluded from the official language. Hence, the Royal Barbados Police Force became Barbados Police Service and “crown lands” was changed to “state lands”.

November 30 will remain to be the country’s independence day, in remembrance of the father of independence, the Right Excellent Errol Walton Barrow.

Prime Minister Mia Mottley also designated the pop star, Rihanna, as the national hero saying, “May you continue to shine like a diamond and bring honour to your nation.”

The Barbados citizens will vote for the first time defining their voice and their rights.

Though the polls were due in 2023, Mottley reasoned Barbados should not start the New Year “as a divided nation”. She said that Barbados is special and that its society was changing with “a gradual deterioration in national reasoning”. She also emphasised the need for unity and purpose.

Verla De Peiza of the opposition Democratic Labour Party has called the snap elections “alarming to our democracy” raising questions of the public health risks during the COVID-19.

The DLP has filed a court injection to stop the elections, alleging the exclusion of the quarantine people violates suffrage rights.