The system can intercept ballistic missiles outside the earth's atmosphere 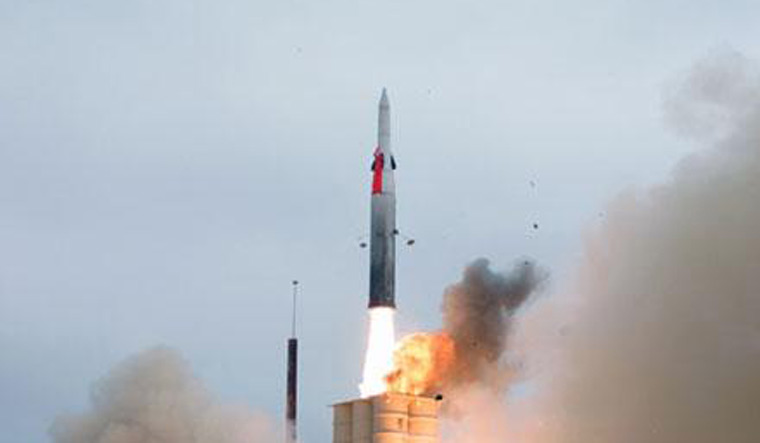 The Arrow missile during a test | IDF

Israel said Tuesday it has successfully tested a system designed to intercept ballistic missiles outside the earth's atmosphere.

The Arrow Weapon System is part of an array of missile defences Israel has developed in recent years to protect itself in any future conflict with archenemy Iran or regional militant groups, such as the Lebanese Hezbollah or the Palestinian Hamas in the Gaza Strip, both allies of Iran.

The Defence Ministry said the system detected the target and fired two Arrow 3 interceptors at it, calling the mission a success.

With every step forward, with every development, we equip the state of Israel with the capabilities to defend itself against developing threats, Defence Minister Benny Gantz said in a statement. "Our systems provide Israel with the freedom to maneuver strategically.

The system was developed by Israel Aerospace Industries, a state-run defence firm, in cooperation with the US Missile Defense Agency.

This test was designed to challenge every element of the Arrow Weapon System, and it performed beautifully," said Vice Adm Jon Hill, director of the agency. MDA remains committed to assisting the government of Israel in upgrading its missile defence capability against current and emerging threats.

Israel's shorter-range missile defences were on vivid display during last year's 11-day Gaza war, when the Palestinian militant group Hamas fired over 4,000 rockets at Israel. The military says it intercepted around 90% of the rockets it targeted, with the others mostly falling in open areas.