Who is Virginia Giuffre, the woman accusing Prince Andrew of sexual assault 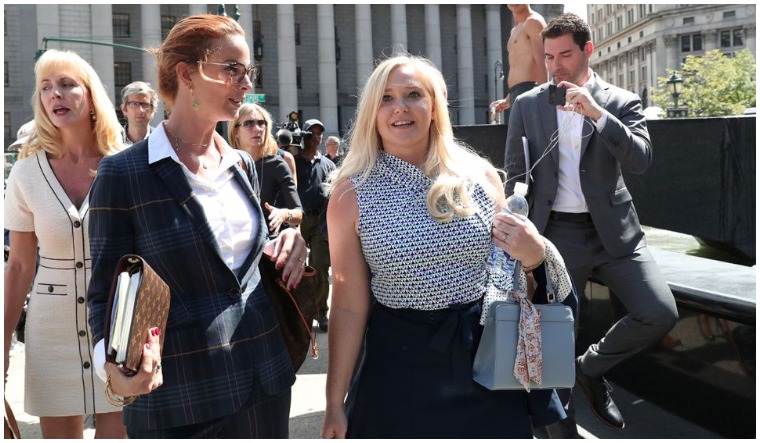 Prince Andrew, the second son of Queen Elizabeth II stands to defend himself in a sexual assault trial against him. The Prince, on Thursday, handed over his military titles and the right to use the title HRH or His Royal Highness against his name to the Queen. Despite the prince’s efforts to block the lawsuit and despite a deal between New York financier and sexual assault accused, the late Jeffery Epstein and Guiffre’s lawyers, the trial will proceed.

Virginia Giuffre nee Roberts has accused Prince Andrew of having sexual relations with her when she was only 17. Giuffre also accused Jeffery Epstein and his former girlfriend Ghislaine Maxwell of coercing her and grooming her to have sexual relations with the prince and a few other acquaintances of Epstein’s.

Giuffre, according to the BBC, was sexually abused by a family friend when she was seven. She met Epstein’s former girlfriend Ghislaine Epstein when she was 16 while working a summer job at former president Donald Trump’s Florida resort, Mar-a-Lago. Maxwell offered her a job as a travelling masseuse to Epstein. She was then trafficked to Prince Andrew thrice- once at London, then at Manhattan, and then at Virgin Islands in the US. In a documentary on Epstein, Giuffre said that she felt like a ‘slave to them’.

Giuffre, who had run away from home at age seven, spent time in and out of foster homes. When she was 14, she was living on the street, where she faced more hunger, pain and more abuse. Though Maxwell had denied coercing or abusing Giuffre, she was, last month, found guilty of trafficking young girls to Epstein and his acquaintances. Prince Andrew has denied of ever meeting Giuffre.

In 2003, Giuffre met and married her now-husband. She founded a non-profit called Speak Out, Act, Reclaim (SOAR), aimed at "educating and advocating for victims of trafficking". Giuffre currently lives in Australia with her husband and three children.