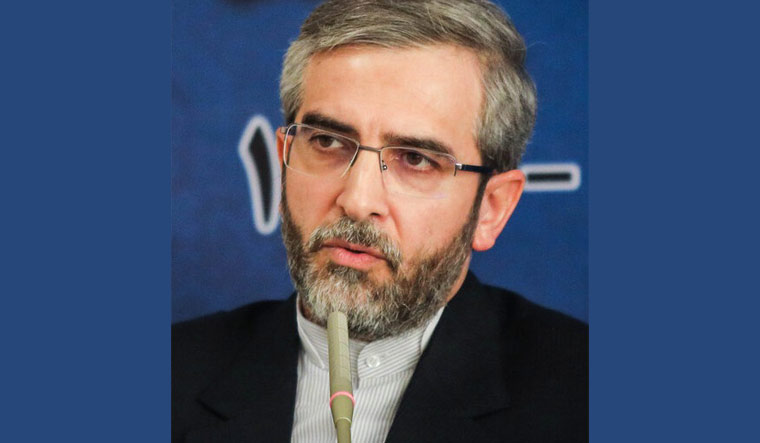 Ali Bagheri Kani, chief Iranian negotiator for a revival of the 2015 nuclear deal said there had been “relatively satisfactory progress,” in the talks before it paused on December 30.

Kani said talks in Vienna among negotiating states-- China, France, Germany, Iran, Russia, the United Kingdom, and the United States had made some progress after months of being stagnant. The US State Department spokesman Ned Price agreed with Kani and said, “there may have been some modest progress" in the negotiations. Price had acknowledged progress on “identifying the hard issues left to be negotiated” and stressed the need to “add real urgency” to discussions to revive the deal.

In retaliation of the US assassination of their top military commander Qassem Soleimani, Iran, on Saturday, January 8, placed largely symbolic sanctions on 51 Americans, many of them prominent political and military officials, for ‘terrorism’ and human rights violations. On December 27, Kani has said that the US must guarantee that it won't withdraw from the JCPOA agreement like former president Trump did in 2018 and it should withdraw sanctions imposed on Iran.

US officials have indicated that there needs to be crucial headway in late January and early February for the negotiations to move forward. The ability to restart its oil exports and keep it going is a top priority for Iran. Kani also said that when the sanctions would be lifted, Iran would start efforts to reverse nuclear activity to JCPOA approved levels.