How does the mercenary group work? 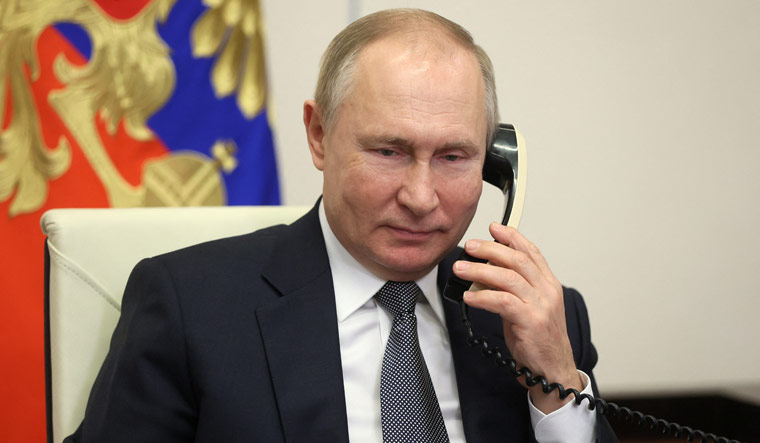 The European Union imposed sanctions on December 3 on a group of private Russian military contractors it accused of fomenting violence and committing human rights abuses in the Middle East, Africa and Ukraine. The EU headquarters said in a statement that the Wagner Group had recruited, trained and sent private military operatives to conflict zones around the world to fuel violence, loot natural resources and intimidate civilians in violation of international law, including international human rights laws.

The Wagner Group, owned by a confidant of Russian President Vladimir Putin, has been accused by Western governments and UN experts of human rights abuses in the Central African Republic and involvement in the conflict in Libya.

Does the so-called Wagner Group exist? There is no one straightforward answer. Who are these band of brothers or PMC (private military company), as it is more commonly known? Does the group play an important role in Russian military strategy? The details are sketchy. The group came into prominence in 2018 when 500 pro-Syrian government forces, including Russian mercenaries, battled American commandos. About 200-300 attacking fighters were killed in the 4-hour battle. The fight was an act of self-defence on the part of US military officials, the Pentagon said. The Russian military has, however, said that they have no control over the mercenary group.

The Wagner Group is believed to be used by Kremlin to carry out its strategic objectives. But, its officials don't want to be associated with the government, a New York Times report reads. American intelligence officials have said that the group in Syria seize and protect gas and oil fields on behalf of the Assad government and get a share from the oil fields they claim. The group is said to have received training from Russian military forces, and have also reportedly received awards from the Kremlin.

The UN, in June 2021, had released a report accusing the group of killings, looting and disappearances in Central African Republic alongside the Central African military. The mercenaries in Ukraine are known to have fought alongside Russian and separatist forces in 2014, and aided in Russia's annexation of Crimea. In Mozambique, they were reportedly hired to fight the insurgents. The group seems to gain ground in regions prone to conflict or insurgence. In September 2021, Reuters had reported that the military junta in Mali is in talks with the mercenary group to hire 1,000 fighters to train the country's military and protect senior military leadership.

The Wagner group is said to be headed by Yevgeniy Prigozhin. Prigozhin, a known Russian financier, is also known as 'Putin's chef' due to his various restaurants and catering businesses that hosted dinners attended by Putin with foreign dignitaries. The FBI, in February 2021, added him to their wanted list and offered a $2,50,000 for information leading to his arrest. “conspiracy to defraud the United States” by sponsoring the Internet Research Agency, the St. Petersburg-based “troll factory” that allegedly carried out an online campaign to influence US elections and politics, the Moscow Times reported.

"He allegedly oversaw and approved their political and electoral interference operations in the United States, which included the purchase of American computer server space, the creation of hundreds of fictitious online personas, and the use of stolen identities of persons from the United States,” the FBI statement said. The FBI has also called Prigozhin a flight risk and noted his ties to Indonesia, Qatar and Estonia.

The group, in recent times, had reported establishing its footprint in Venezuela as well. But, the Western media and Western nations' understanding of the group remains incomplete. It is also unsurprising that Moscow has time and again released reports dissociating itself with the mercenary group. The group's existence seems to be symbolic of the influence Russia holds over these conflict-ridden regions.

The main objectives of the group seem to be furthering Kremlin's foreign policy objectives, including suppressing pro-democracy protests, along with the extraction of natural resources like precious metals and mercenary activity. Victims, governments, and other institutions are, however, finding it increasingly difficult to hold the group accountable for its actions, owing to its murky nature. "It is extremely problematic that we continue to refer to them as the Wagner Group because it makes them sound like these ghostly operators that cannot be traced, and that’s just not the case," Candace Rondeaux, a senior fellow with the Centre on the Future of War, a joint project between Arizona State University and the New America think tank told Foreign Policy. Reporters who have attempted to find details about the group have either been harassed or threatened. A movie on the enigmatic group, titled Tourist, was released earlier this year in Bangui, the capital of Central African Republic