With Greens in charge of foreign policy, Germany's new govt could be tough on China 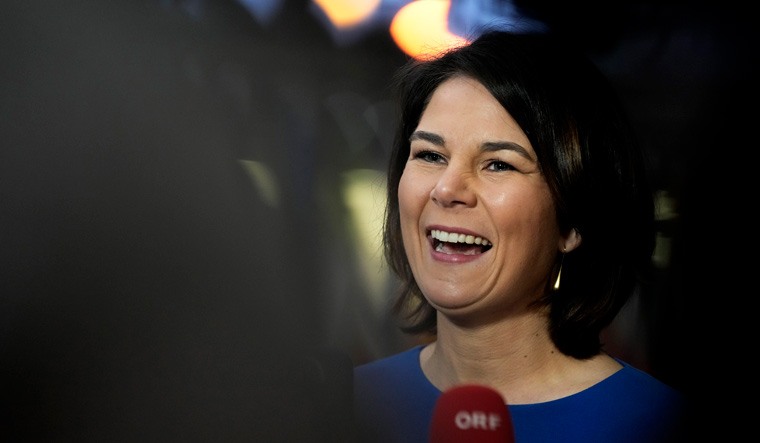 Annalena Baerbock, Germany’s new foreign minister under the Olaf Schulz-led coalition government, has made it clear that she would not continue the course of Angela Merkel’s foreign policy. A noted China critic who had called for “toughness” with Beijing, the Green Party member had vowed to put human rights at the centre of German diplomacy.

Baerbock had criticised China’s treatment of the Uighurs in Xinjiang, and has spoken out against the detention of Chinese journalist Zhang Zhan and the treatment of tennis star Peng Shuai.

"Eloquent silence is not a form of diplomacy in the long run, even if it has been seen that way by some in recent years," she told TAZ in an interview, adding that a “value-based foreign policy is always an interplay of dialogue and toughness."

Her solution to Chinese human rights violations? Import curbs. "We Europeans should use this lever of the common [EU] internal market much more," she told TAZ.

The statement rattled Beijing, which had the Chinese embassy call oo individual German politicians to look at China and Sino-German relations “objectively and holistically" and "devote their energy more to promoting practical cooperation between the two sides." The embassy called for "bridge builders instead of wall builders."

The coalition agreement, signed by the SPD, FDP and Green parties, refers to China as a “systemic rival” for the first time. The agreement gives the Greens control of German foreign policy for the first time in 16 years. It also calls for more involvement of nuclear weapons states like China in disarmament and arms control. The agreement calls for relations with China to be shaped in terms of partnership and competition alike, with cooperation wherever possible on the basic of human rights. It calls for a comprehensive China strategy within the framework of the common EU-China policy.

Though Germany remains one of the most influential members of the EU, it may not be able to swing the bloc too far against China. Diplomats from western allied countries announced they would be boycotting the coming Winter Olympics in protest against Chinese human rights violations, with EU member Lithuania being the latest to withdraw). EU leaders are set to debate the issue on Thursday. But France and Hungary have both indicated that they would not take part in a boycott, Reuters reported.

China is the EU’s second-largest trade partner. The Comprehensive Agreement on Investment with China (CAI) is a proposed investment deal that is sought to see the EU receive fairer terms when its companies invest in China (including eliminating forced transfer of technologies) whilst allowing more foreign direct investment and trade flows between the EU and China. While negotiations on the deal were concluded in late December 2020, it has yet to be ratified by the EU council, after the same was frozen when China imposed sanctions on EU officials in a tit for tat move. With Baerbock already critical of CAI, the future of the agreement looks grim. But China's importance to both the EU and German economies remains formidable.

With Olaf Scholz a known pragmatic, he may struggle to balance the demands of coalition partners like Baerbock with those of allied EU nations who may not want the same things that Berlin desires. What he shares with the Green party, however, is a belief in climate action, and wants Germany to transition to a carbon-free future.