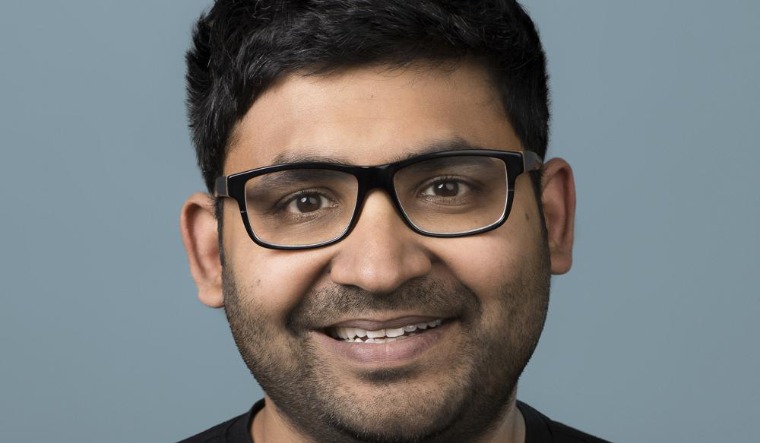 The tech world, and the rest of the world, was taken aback on Monday by Jack Dorsey's announcement that he had resigned as Twitter CEO.

He announced his replacement was Parag Agrawal, who had been Twitter's chief technology officer (CTO) since 2017. The rise of Agrawal, an alumnus of IIT Bombay and Stanford, has triggered both pride in India and curiosity.

However, the appointment of Agrawal has created angst in a section of the Republican party, which has been opposing Twitter. Several Republicans have been calling for restrictions on Twitter and Facebook, which they refer to as 'Big Tech', alleging the two companies had too much power and were favouring a liberal political narrative, while stifling rightwing voices.

The Republican outrage was most vocal when the two social media platforms suspended the account of then president Donald Trump, after the riot on the Capitol in early January.

Senator Josh Hawley, a prominent critic of Twitter, tweeted on Monday night that Agrawal was “A new tech robber baron who has even less respect for free speech than his predecessor”.

Hawley has campaigned for auditing Twitter and Facebook. In the run-up to the presidential election last year, Hawley had asked Facebook and Twitter to testify in the Senate over their alleged censorship of reporting by The New York Post of suspicious activities of Hunter Biden, the son of current President Joe Biden.

The Twitter handle of the House Judiciary Republican party, which represents lawmakers on the judiciary committee, shared a screenshot of a tweet of Agrawal from October 26, 2010. In the tweet Agrawal wrote “If they are not gonna make a distinction between Muslims and extremists, then why should I distinguish between white people and racists.”

The House Judiciary Republican party tweeted, “Didn’t think it could get much worse than Jack Dorsey. But yikes.”

Senator Marsha Blackburn told Daily Caller, “The choice of Twitter’s new CEO is extremely troubling and cements the company’s intent to silence opposing view points. Mr. Agrawal has called religion a pyramid scheme and questioned if all white people are racist. These views are not normal—they are extremely radical.”

Blackburn was referring to a tweet by Agrawal on December 25, 2010, in which he appeared to refer to religions as “pyramid schemes”.

Representative Lance Gooden told Daily Caller, “Based off his previous comments, it seems clear conservatives will continue to be silenced while actual calls for violence from our adversaries like Iran, China and the Taliban are offered a safe haven.”

Comments by Agrawal in an interview to MIT Technology Review in November last year gave fodder to critics. In the interview, Agrawal had referred to the First Amendment, the US constitutional right guaranteeing free speech. In the interview, Agrawal had said, “Our [Twitter’s] role is not to be bound by the First Amendment, but our role is to serve a healthy public conversation and our moves are reflective of things that we believe lead to a healthier public conversation.”

Referring to the statement, Republican Senator Ron Johnson told Daily Caller, “There is a reason freedom of speech is contained in the First Amendment to our Constitution. Big Tech’s censorship threatens our liberty and having a CEO at Twitter that promotes censorship should concern every American.”