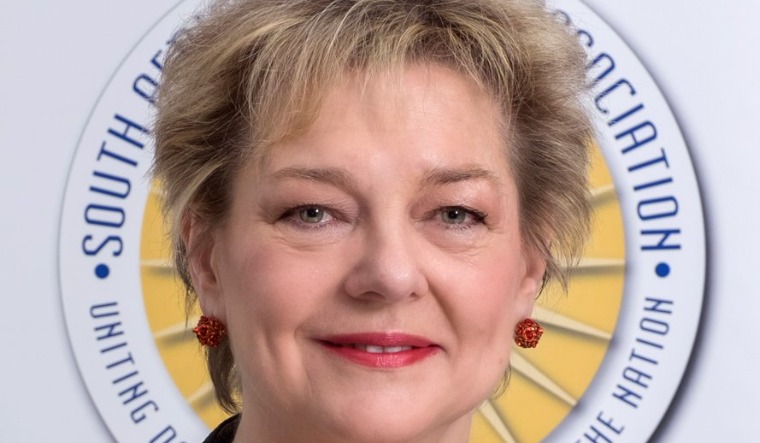 Dr Angelique Coetzee, who is the chair of the South African Medical Association, has been in the news since last week following the emergence of the Omicron variant of COVID-19 in that country.

On Tuesday, The Daily Mail carried an article by Coetzee detailing her reaction to the world's response, and more specifically that of the UK, to Omicron.

Coetzee noted that the Omicron variant had been circulating in the southern Africa region for some time, “having been previously identified in Botswana”.

Coetzee had been treating patients who had the Omicron variant. Arguing against panic, she wrote, “nothing I have seen about this new variant warrants the extreme action the UK government has taken in response to it”. The UK had banned flights from seven countries in the southern African region, including South Africa, on November 26.

Referring to the nature of the variant, Coetzee wrote, “No one here in South Africa is known to have been hospitalised with the Omicron variant, nor is anyone here believed to have fallen seriously ill with it.” She argued that there was not enough clinical knowledge about Omicron to make judgments to impose flight bans and extend quarantine and mask mandates.

Coetzee said most of the patients with Omicron she had seen had “a very mild illness”.

Coetzee noted “If, as some evidence suggests, Omicron turns out to be a fast-spreading virus with mostly mild symptoms for the majority of the people who catch it, that would be a useful step on the road to herd immunity. We’ll learn in the next two weeks if that’s the case. The worst situation–of course–would be a fast-spreading virus with severe infections. But that’s not where we are at the moment.”

She contrasted the panic in other countries with the approach used in South Africa. “In South Africa, we’ve retained a sense of perspective. We’ve had no new regulations or talk of lockdowns because we’re waiting to see what the variant actually means. We’ve also become accustomed here to new COVID variants emerging. So when our scientists confirmed the discovery of yet another, nobody made a huge thing of it. Many people didn’t even notice.”

Coetzee blamed the UK for the hype over Omicron. “I’m afraid it seems to me that Britain is merely hyping up the alarm about this variant unnecessarily,” she wrote.