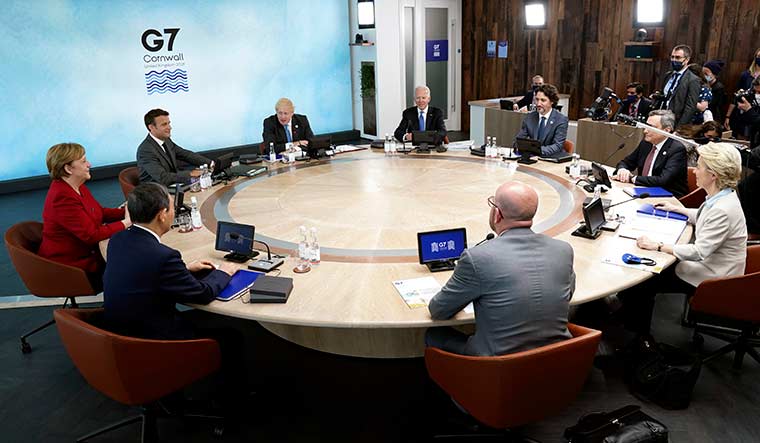 The US, as a counter to China’s belt and road initiative, plans to invest in five to 10 large infrastructure projects around the world in January. This will be part of a Group Seven initiative, a senior official said on Monday. The G7 is a forum consisting of Canada, France, Germany, Italy, Japan, the UK and the US.

A US delegation led by President Joe Biden's deputy national security adviser Daleep Singh has identified at least 10 promising projects in Senegal and Ghana during the latest in a series of “listening tours” last week, a Reuters report read.

Officials have been meeting government and private-sector officials in search of initiatives to sponsor under the G7 rich democracies' Build Back Better World programme, which was launched in June. According to officials, the G7 B3W project aims to reduce the $40 trillion in infrastructure investment that developing countries would require by 2035 while also providing an alternative to China's problematic financing methods. According to the US official, the US will provide developing countries with "the complete range" of financial tools, including equity holdings, loan guarantees, political insurance, grants, and technical knowledge to focus on climate, health, digital technology, and gender equality.

US officials have identified projects that can be launched in the coming months in Senegal, Ghana, Colombia, Ecuador and Panama. In addition to this, projects discussed in Asia will be grouped into high-profile projects and will receive early funding.
The US hopes the projects will both demonstrate the viability of the Build Back Better World concept and allow participating countries to better evaluate how successfully the financing effort is working, the official told Bloomberg.

Biden pushed forward the plan during a meeting with European Commission President Ursula von der Leyen, the UK PM Boris Johnson and other G7 leaders on the sidelines of the COP26 UN climate conference. Assurances from the US that the arrangements will not entail non-disclosure agreements or other stipulations that might lead to the seizure of ports or airports were welcomed by senior officials in Senegal and Ghana.