Three people have been injured 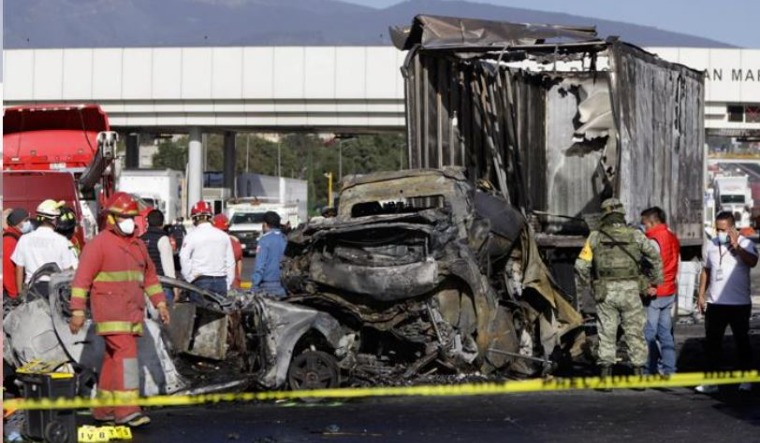 Emergency services personnel work at the scene of a deadly accident involving a tractor-trailer on a tollway between Mexico City and Puebla, in Chalco, Mexico, on November 6, 2021 | Reuters

A transport truck smashed into a toll booth and six other vehicles on a highway in central Mexico Saturday, leaving at least 19 people dead and three injured, authorities said. The brakes on the truck, which was transporting shampoo base, apparently failed before it crashed into the toll booth and then the vehicles, igniting a large fire on the highway connecting Mexico City with Puebla state, said a statement from Mexico's Federal Roads and Bridges and Related Services agency.

The accident occurred in Mexico State. The agency raised the death toll to 19 late Saturday. Videos posted on social media showed some of the vehicles involved in the accident engulfed in flames, while others near the toll booth were completely destroyed.