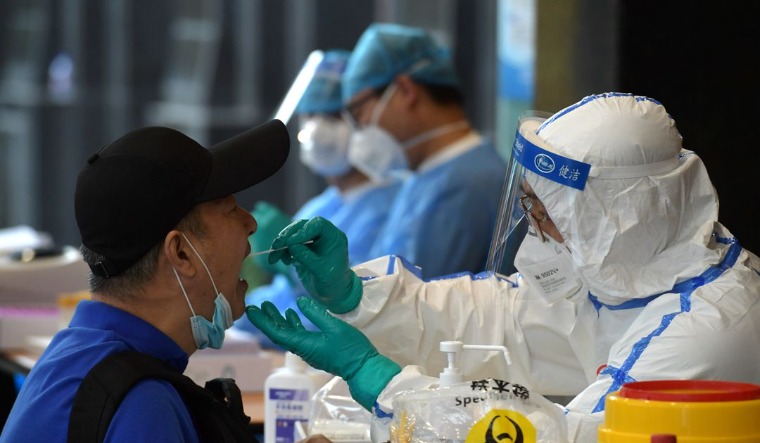 A northwestern Chinese province heavily dependent on tourism closed all tourist sites Monday after finding new COVID-19 cases.
Gansu province lies along the ancient Silk Road and is famed for the Dunhuang grottoes filled with Buddhist images and other religious sites.
Another 19 cases were found in the Inner Mongolia region, with others spread across several provinces and cities. Residents in parts of Inner Mongolia have been ordered to stay indoors.

The spread of the delta variant by travellers and tour groups is of particular concern ahead of the Winter Olympics in Beijing in February. Overseas spectators already are banned, and participants will have to stay in a bubble separating them from people outside.

Authorities hope to stamp out the infections ahead of the Winter Olympics, which is scheduled to be held between February 4 and February 20 in Beijing.

The Beijing Marathon has been postponed until further notice thanks to a surge in coronavirus cases. The marathon was scheduled to take place on October 31.

Over 133 cases have been reported across 11 provinces in China so far. Wu Liangyou, the deputy director of the National Health Commission, told Bloomberg that genome sequencing of the virus among recently infected people has shown a strain different from the source of an earlier outbreak. Cases continue to rise even as 75.6 per cent of the population has been vaccinated.
Travel to provinces where there is a higher risk of transmission has been barred. Some travel services to places of tourist attraction have been suspended too. Beijing authorities have said that people who have travelled to affected regions will not be allowed into the city.