Record arrests at US-Mexico border in 2021 fiscal year include 2,600 Indians 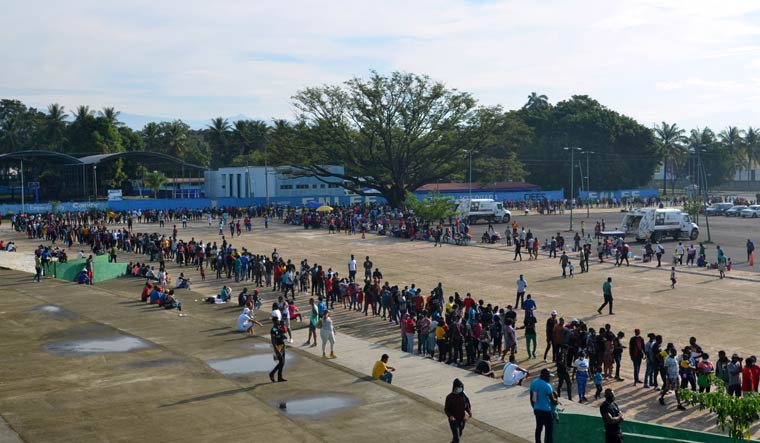 Since February, over one lakh “land border encounters” were recorded every month by US Customs and Border Patrol along the 3,145km boundary between the US and Mexico.

At 2,600, the number of Indians caught trying to cross over has reduced—in 2019 and 2018, over 7,000 Indians attempted to cross illegally. In 2018, former union minister Manish Tewari even claimed that he saw up to 60,000 Indians detained along the border.

The latest figures represent the highest numbers of migrants stopped at the border since 1960. The growing trend began with the end of the Donald Trump administration. Shortly after Biden took over the presidency, he nullified the state of emergency that Trump had declared over the border in 2019. Trump had used the order to bypass Congress to fund the construction of a border wall, which his administration spent $15 billion on overall.

Biden promised to grant asylum to migrants, unify families that had been separated at the border, raise the refugee cap and end the mass detentions of migrants. However, his administration has had to backtrack on some of its ambitions and has struggled to cope with the surge in the number of migrants.

For the migrants, who are already risking much by travelling together amid a pandemic, another threat has been the people bringing them across. Smugglers and human traffickers often turn to extortion and kidnapping to force the migrants they bring across to pay up. A recent report found that asylum-seeking migrants were being tagged with coloured wristbands, allowing the different gangs of “coyote” (smugglers) to distinguish each other’s groups.

Last month, thousands of asylum-seekers from Haiti camped under an international bridge in Del Rio, Texas. Authorities cleared out the camp and expelled nearly 8,000 of them back to Haiti, which has seen civil strife ever since its president was assassinated in July.

The very visual crisis has given fodder to Republicans, who see Biden’s handling of the border issue as a vindication of Trump’s policies. A compromise between Democrats and Republicans on the border issue now seems likely, as both sides haggle over Biden’s hallmark $2 trillion domestic policy plan—formerly a $3.5 trillion plan that has since been trimmed down. The GOP is pushing for cuts to plans for tuition-free community college, a path to permanent legal status for certain immigrants in the United States and a clean energy plan that was the centrepiece of Biden's strategy for fighting climate change.