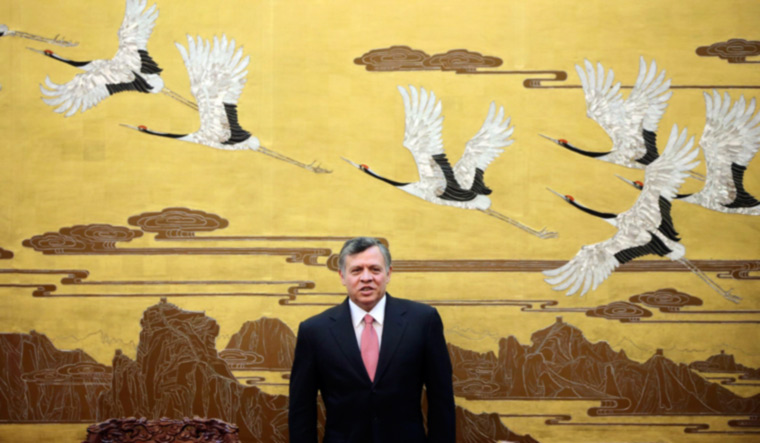 Jordan's King Abdullah II was meeting with the World Bank president, asking for more financial support for his country's battered economy, just around the time, the news broke: A trove of leaked documents revealed the king had secretly bought more than a dozen luxury homes in the US and Britain for over $100 million in the past decade.

Abdullah was one of the scores of public figures identified as holders of hidden offshore accounts.

But perhaps nowhere was there a more evident contradiction between the public man and the private one, for the king has carefully cultivated an image as a caring father of a struggling nation, and it turns out he has amassed a private empire of luxury real estate.

"HM (His Majesty) has not at any point misused public monies or made any use whatsoever of the proceeds of aid or assistance intended for public use … HM cares deeply for Jordan and its people and acts with integrity and in the best interests of his country and its citizens at all times," the King's lawyers said in a statement, DW reported. The Royal court, on Monday, stated that the monarch owns properties abroad for purpose of diplomatic visits.

Nobody's going to turn a blind eye to this, said Dave Harden, a former senior official at the US Agency for International Development who is now running for Congress as a Democrat in Maryland.

He said even a perception of misspending could lead to calls for greater oversight of future American assistance to Jordan.

The royal is said to have purchased 14 houses and flats in the United States and the United Kingdom, valued at more than $106 million through 36 shell companies registered in tax havens like Panama, Dubai, Monaco, Switzerland and the Cayman Islands.

When his half-brother, Crown Prince Hamzah, levelled his accusations of corruption and incompetence last April, he was quickly placed under house arrest.

Hamzah has been seen in public just once since then and remains incommunicado. Two former top aides, meanwhile, have been sentenced to 15-year prison terms for incitement and sedition over their roles in an alleged plot with Hamzah.

In an apparent sign of concern, the Jordanian media, most of which is directly or indirectly controlled by the palace, made no mention of the Pandora Papers affair. Even independent Jordanian media outlets engage in self-censorship, avoiding criticism of the royal family and security forces.

As per an analysis by the ICIJ, King Abdullah II bought luxury properties between 2003 and 2017.

Jordan's economy has fallen onto hard times over the past decade, hit by an influx of hundreds of thousands of refugees fleeing war in neighbouring Syria and, more recently, by the coronavirus pandemic.

On Monday, the king paid a visit to tribal leaders and other dignitaries in Badia, a region south of the capital Amman, where he said Jordan was being threatened by destabilizing forces.

There is a campaign against Jordan, and there are still those who want to sabotage and build suspicions, he said. There is nothing to hide.

Labib Kamhawi, a Jordanian analyst, said that given the media blackout and lack of internet use among the poorest, he did not see any immediate threat to the king. But he said that as word of the scandal spread, it could be very damaging domestically.

But perhaps more troubling, he said, is that it could anger donor nations.

With high unemployment and poverty rates, the country's economy has been struggling for a long time.