The refugees in Hong Kong hid Snowden in their tiny apartments 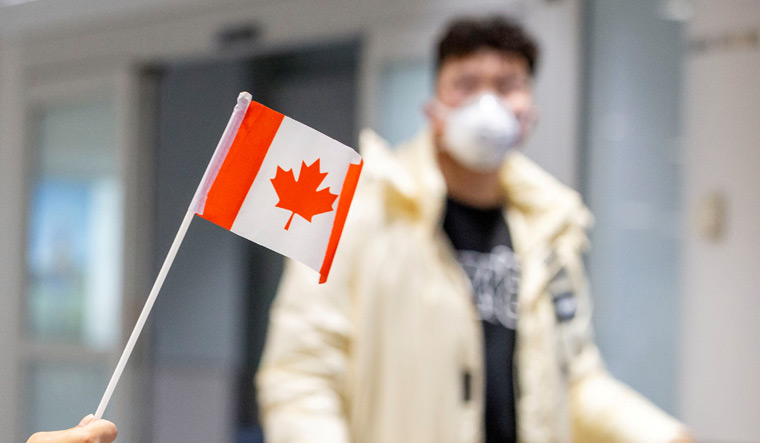 Four Sri Lankan refugees who gave refuge to Edward Snowden when he was in Hong Kong, have been granted asylum in Canada. The Sri Lankan family of four, Supun Thilina Kellapatha and Nadeeka Dilrukshi Nonis and their children Sethumdi and Dinath reached Toronto on Wednesday to “start their new lives,” non-profit For the Refugees told AFP.

The family and the otherr refugees hid Snowden in their tiny apartments in Hong Kong when he was on the run after exposing NSA in 2013. Snowden had exposed several classified documents that exposed the vast surveillance the US put in place after the 9/11 attacks.

The family of four were a part of seven poverty-stricken refugees from Sri Lanka and the Philippines.  From the group, Philippines national Vanessa Rodel and her daughter Keana were granted asylum in Canada in 2019 with the help of For the Refugees. The non-profit organisation have lobbied for Canada to accept the other refugees from the group too, as face persecution in their homeland and Hong Kong because they helped Snowden. A seventh member of the group, who helped Snowden, Sri Lankan Ajith Pushpakumara remains is still in Hong Kong.

“This is the best news I've heard in a long, long time,” Snowden wrote on Twitter.

“We need to bring one more home before we can say we're done, but I cannot thank you enough for bringing us this far,” added Snowden, who now lives in Russia.

“We are happy with the end result -- at least for six of the seven,” For the Refugees president Marc-Andre Seguin told AFP.

Robert Tibbo, Pushpakumara's lawyer in Canada, said, “The difficulty here is that Ajith is all alone right now and he's questioning why his case is taking so long.” Pushpakumara has a pending application with Canadian immigration.

Hong Kong has one of the lowest asylum approval rates in the world.