Germany’s Green Party: What do they want?

The Greens Party chose its very first candidate for chancellor elections, in 2021 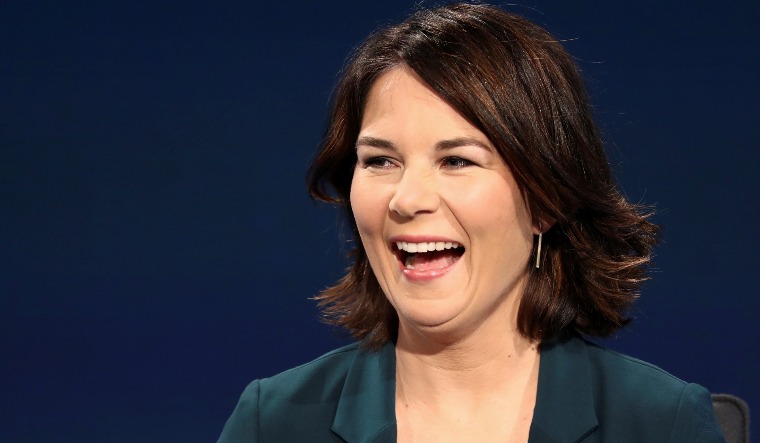 Germany's centre-left Social Democrats were locked in a very close race Sunday with outgoing German Chancellor Angela Merkel's centre-right bloc, which is heading toward its worst result since 1949 in the country's parliamentary election, exit polls showed.

The general secretary of Laschet's Christian Democratic Union, Paul Ziemiak, acknowledged that his bloc had suffered bitter losses compared with the last election four years ago, in which it scored 32.9per cent of the vote. Another possible governing combination would be a repeat of the outgoing grand coalition" of Germany's traditional big parties, the Union and Social Democrats, under whichever of Scholz or Laschet finishes ahead.

The environmentalist Green Party ended up in a third-place with about 15 per cent support. Things looks promising when the Greens Party chose its very first candidate for chancellor elections, Annalena Baerbock, a 40-year-old woman who hadn’t held a position in a government office ever.

The party received an unexpected boost after the flash floods in Europe in July, putting climate change on the minds of German citizens. One of the Green’s Party’s agendas was ramping up carbon prices and end the use of coal sooner than planned.

The Greens party, founded in 1980, came into being out of the anti-nuclear energy, environmental, peace, new left, and new social movements of the late 20th century. The four ideological tenets or pillars of the party are social justice, ecological wisdom, grassroots democracy and nonviolence.

The Green Party was formed in 1993 as a result of a merger between the Greens party formed in West Germany in 1980, and Alliance 90, formed in East Germany in 1990. Annalena Baerbock and Robert Habeck have co-led the party since January 2018. As of April 2021, it seemed like the Greens were on top. In a pre-election poll, the approval rating for the Greens was at 30 per cent, the conservatives at 23 per cent and the centre-left Social Democratic Party (SPD) at 15 per cent. Ahead of the elections, climate change ranked high on German citizens’ list of election issues besides immigration and COVID-19. This, however, did not turn into success for the Greens Party at the polls.

Though the party has been one of the most influential pro-environment parties in Europe. Baerbock has gaffed a few times since being nominated—like, in May it came to be known that failed to declare a Christmas bonus on her taxes and in early June, it was revealed that she had embellished her CV and misstated that she was a member of the German Marshall Fund.

As to foreign policy, the Greens favour a tougher stance toward China and Russia.

In recent years, the Greens Party has become more mainstream and as of 2017, more youngsters and women were likely to vote for Greens and in the European parliamentary elections in 2019, support towards them increased by 10 points. But, the party finds it challenging to find support in several other areas—for example, support from the older demographic. The Greens aren’t entirely at a loss. They are very likely to enter a coalition with the governing party. Economic growth, tax increases and the rising cost of living are the areas, the Greens can’t seem to gain a strong holding.

An important reason the party appeals to the younger, well-educated demographic is because it champions sexual liberation, opposes use of nuclear power and NATO military action.

Some of the prominent leaders in the early years of the Greens are Joschka Fischer, Lukas Beckmann, Herbert Gruhl, Luise Rinser and Jutta Ditfurth. Fischer served as Foreign Minister and Vice-Chancellor under Gerhard Schröder from 1998 to 2005; Beckmann, was a member of GLS Treuhand, a non-profit organisation that takes over the establishment and administration of various foundations from 2011 to 2017. Gruhl founded the Green Action Future in 1978, which was in a way the basis for the founding of the Greens party in 1980. Ditfurth, a sociologist and a writer, was one of the top three party leaders from 1984 till 1988.

In 2001, members of the Greens party did not back the government’s plan to send military personnel to aid the 2001 invasion of Afghanistan. The Greens remained part of a governing coalition from 1998 to 2005. In 2016, the Greens were part of 11 out of 16 state governments through various coalitions, establishing itself as an influential political party in Germany. If they were to gain power, the Greens party want to bat for a stronger Europe; they also oppose the controversial Nord Stream 2 pipeline from Russia through the Baltic Sea. The party is also pro more digitization, want to impose higher taxes on high earners and are against social division, xenophobia and racism.