A Pakistani Frontier Corps vehicle was targeted with an IED 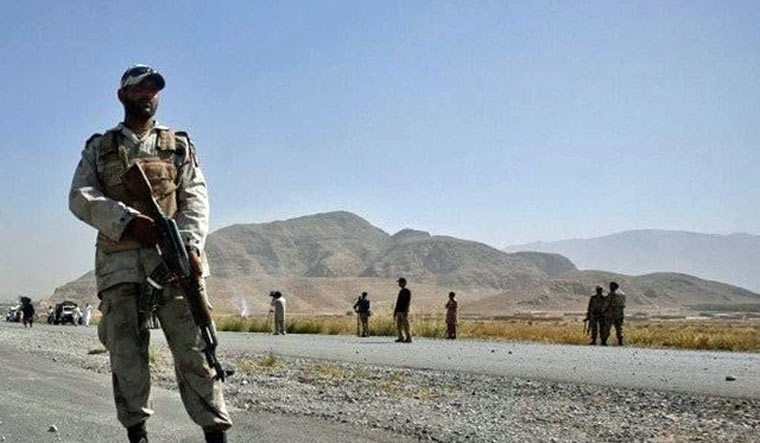 At least four security personnel were killed and two others injured in a blast targeting Pakistan's paramilitary forces in the country's restive Balochistan province, an official said on Sunday.

A vehicle of the Frontier Corps (FC) was attacked in the Khosat area of Harnai district on Saturday, according to the Dawn newspaper.

The FC soldiers were patrolling when their vehicle was hit by an improvised explosive device, resulting in the death of four soldiers and injuries to two officers.

Security forces rushed the injured to nearby hospitals.

Balochistan has been witnessing a spate of low-level violence for years. On Friday, two security personnel were killed and five others injured in an attack in Awaran district of the province.

he local Baloch nationalists, the BLA and the Taliban militants are involved in these attacks.

In 2019, the United States designated the BLA, which is fighting Pakistani rule in Balochistan province, as a terrorist organisation.