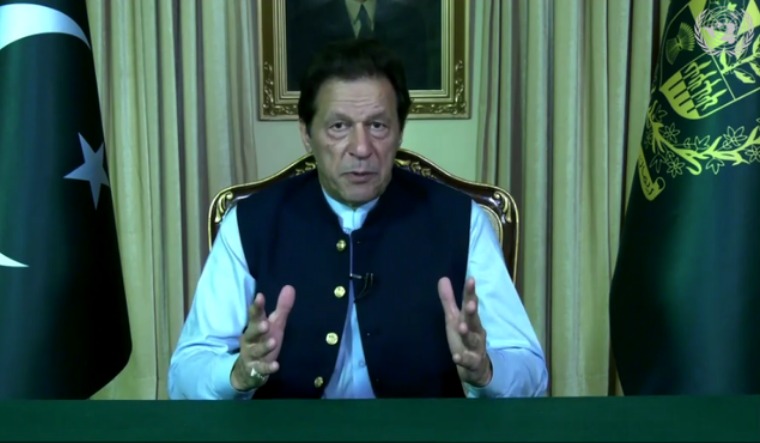 In its Right of Reply to Pakistan prime minister's address at the United Nations General Assembly (UNGA), India said that Pakistan is globally recognised for openly supporting and arming terrorists. "Pakistan holds the ignoble record of hosting the largest number of terrorists proscribed by the UNSC. Osama Bin Laden got shelter in Pakistan. Even today, Pakistan leadership glorify him as martyr," said Sneha Dubey, first secretary at UNGA. "We keep hearing Pakistan is "victim of terrorism". It is a country which is an arsonist disguising itself as fire-fighter. Pluralism is very difficult to understand for Pakistan which prohibits its minorities from aspiring for high offices of state," Dubey said.

In his UNGA address, Khan had labelled Modi as "fascist". "It is unfortunate, very unfortunate, that the world's approach to violations of human rights lacks even-handedness, and even is selective. Geopolitical considerations, or corporate interests, commercial interests often compel major powers to overlook the transgressions of their affiliated countries," Khan said. He claimed India's 200 million strong Muslim community has undergone actions such as "lynchings, pogroms and discriminatory citizenship laws".

He sought to cast Pakistan as the victim of American ungratefulness and an international double standards. He touched on a range of topics that included climate change, global Islamophobia and the plunder of the developing world by their corrupt elites.  "For the current situation in Afghanistan, for some reason, Pakistan has been blamed for the turn of events, by politicians in the United States and some politicians in Europe," Khan said. "From this platform, I want them all to know, the country that suffered the most, apart from Afghanistan, was Pakistan when we joined the US war on terror after 9/11."

He launched into a narrative that began with the United States and Pakistan training mujahedeen regarded as heroes by the likes of then-president Ronald Reagan, he said during the Soviet occupation of Afghanistan. But Pakistan was left to pick up the pieces millions of refugees and new sectarian militant groups when the Soviets and the Americans left in 1989.