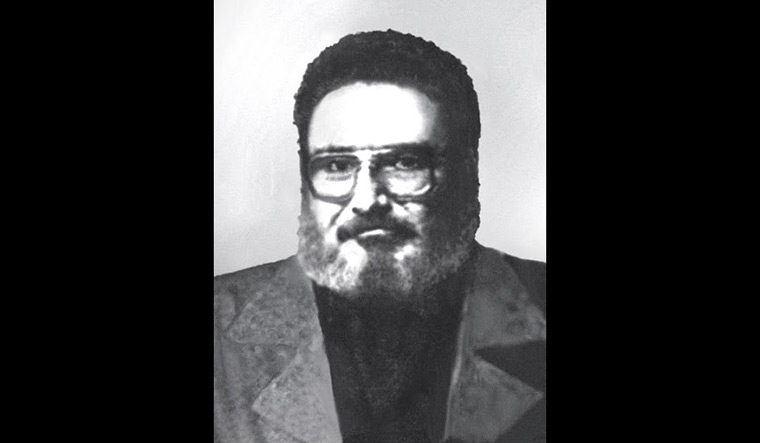 Abimael Guzman, the founder and leader of the Peruvian armed revolutionary group Sendero Luminoso (Shining Path) which waged a violent protracted war against the state in the eighties, died in prison on September 11, at the age of 86.

The Shining Path and Guzman had gone farther than any other groups or leaders in Latin America in taking the Leftist ideology to the extreme. Shining Path followers declared Guzman as the "Fourth Sword of Communism" after Marx, Lenin and Mao. Their insurgency was the deadliest chapter in the history of Peru and Latin America.

In 1980, while Peru celebrated the return of democracy by voting in the country’s first elections after seventeen years of military dictatorship, Shining Path militants burned ballot boxes in Chuschi, a small town in the department of Ayacucho. On the day after Christmas of that same year, Shining Path members marked Mao’s birthday by killing street dogs in Lima and hanging them from street lamps in the colonial centre.

The Shining Path movement, which was initially confined to academic circles in universities, started with championing the cause of the dispossessed campesinos (peasant farmers) and indigenous peoples, and won the support of many across rural Peru. In the late 1970s, the movement developed into a guerilla group and pursued a campaign to demoralize and undermine the government of Peru to create a situation conducive to a violent coup that would put its leaders in power. In the early eighties, it focused on the countryside, but by the middle of the decade, it had shifted its campaign to Lima, the centre of the country’s political and economic power, with car bombs, kidnappings, and attacks on police and military installations. It took to indiscriminate violence against the state and caused death and destruction. According to the country’s Truth and Reconciliation Commission, set up in 2001 to investigate the roots and consequences of the conflict, about 70,000 Peruvians were killed or disappeared between 1980 and 2000, with nearly half of those deaths directly attributable to Shining Path, and almost a third to the Peruvian military and police.

Guzman was a student of philosophy and law in university. He wrote a thesis on “The Kantian Theory of Space and The Bourgeois Democratic State”. He was influenced by the book "Seven Essays on the Interpretation of the Peruvian Reality" by the famous Marxist intellectual of Peru Jose Carlos Mariategui. Guzman was recruited as a professor of philosophy by the rector of San Cristobal University in Ayacucho. The rector was Dr Efrain Morote Best, an anthropologist who is said to be the true intellectual leader of the Shining Path. Encouraged by Morote, Guzmán studied Quechua, the language spoken by Peru's indigenous population. With this, he attracted lot of students from Indigenous communities. In the 1960s, the Peruvian Communist Party had splintered over ideological and personal disputes. Guzman, who had taken a pro-Chinese rather than pro-Soviet line, emerged as the leader of the faction which became the Communist Party of Peru- Shining Path (PCP-SL) in 1969. Guzman adopted the nom de guerre Presidente or Comrade Gonzalo and began advocating a peasant-led revolution on the Maoist model. Guzman was critical of not only US imperialism but also Soviet imperialism, which he called "social-imperialism". Later, he came to scorn Castro and even moderate factions in China. He visited China several times. Both of Peru’s main Communist parties expelled him. Calling himself President Gonzalo and Comrade Gonzalo, he preached “Gonzalo Thought,” which he claimed would bring the world to a “higher stage of Marxism.”

The Shining Path guerillas attacked police stations, military camps, government offices and infrastructure such as power transmission lines. Later they escalated the war by attacking banks, hotels, schools, restaurants, police stations and shops. They murdered peasants, trade union leaders and others who refused to cooperate. The guerillas controlled large parts of the country which became unsafe for travel. The indiscriminate violence turned public opinion against the movement. It was at the height of this insurgency that Alberto Fujimori became president with a campaign promise to eradicate terrorism and capture Guzman who had gone underground in the mid-1970s and remained since then as a mysterious figure hiding in secret locations and later in safe houses in Lima. Fujimori created a special counter-terrorism directorate with unlimited powers to put an end to terrorism. Predictably, the security forces committed excesses killing innocent people besides the guerillas and their sympathizers. The security forces captured Guzman from a safe house in September 1992 and found details of the guerillas, arms and other details from his computer. Guzman was sentenced to life imprisonment and many guerillas were killed or captured.

In 1993, Guzman publicly admitted defeat, advised his followers to lay down arms and called for peace. This lead to the collapse of Shining Path within a matter of months. He spent the next twenty-eight years in prison, until his death.

Guzman’s first wife, Augusta La Torre, second-in-command of Shining Path, died mysteriously, in 1988. At the age of 75, Guzman married Elena Iparraguire, who had taken La Torre’s place, both as Guzman’s partner and within the leadership hierarchy of Shining Path. Like Guzman, she had also been sentenced to life in prison for terrorism.

Even after his death, Guzman’s body is challenging the government. Normally the bodies of prisoners are handed over to their families. But the Peruvian government fears that his burial site might become a rallying place for radical insurgents. So the Peruvian Congress has quickly passed a law to allow the state to cremate the bodies of terrorists and those convicted of treason who die in prison.

While most Peruvians are relieved that the darkest chapter of the country is over with Guzman’s death, there are still some leftists who have residual sympathies for the Shining Path. This includes the current President Pedro Castillo and his Peru Libre party. Many in Castillo's cabinet opposed the proposal for cremation and members of the Peru Libre party voted against the cremation bill. But in deference to the feelings of the majority of Peruvians, President Castillo signed the bill. Still, there are a few smaller armed groups, associated with Shining Path who are operating in the country. But they do not pose any credible threat to the state and democracy of Peru.

In this context, one is reminded of a similar problem caused by the body of Evita Peron in Argentina following her death in 1952 to the right-wing military dictatorship. Fearing that her body and burial ceremony would rally the Peronists, the authorities hid the body in secret places and finally sent it in a coffin to be buried secretly in a cemetery in Milan. They made identical coffins and sent them to other European cities to confuse anyone trying to trace it. In 1974, the Montonero guerrilla group kidnapped from the cemetery the body of General Aramburu who lead the coup against Peron and became President in 1955-58. He was earlier abducted and killed by the Montoneros in retaliation for his execution of Peronists. The group demanded the return of Evita’s body in exchange for that of Aramburu. Finally, Evita’s body was found and brought back to Argentina in 1974 after the return of Peron to power. Once Evita's body arrived in Argentina, the Montoneros gave up Aramburu's corpse and abandoned it in a street in Buenos Aires.

The death of Guzman is the end of a dark chapter not only in the history of Peru but also in the history of Latin America. In the second half of the twentieth century, the region had a large number of armed leftist groups which sought to overthrow governments to bring about Utopia. Hundreds of thousands of students, professors, intellectuals, artists, peasants, indigenous people and even catholic clergy joined the armed revolutionary groups. They were inspired by the success of the Cuban and Sandinista revolutions which overthrew rightist dictatorships and embarked on a socialist path. The Colombian leftist group FARC had controlled almost half of the country’s territory at one time and was a grave threat to the Colombian state. These gave an excuse for US intervention in the region in the name of the “War on Communism” and their support to brutal right-wing military dictatorships. Thousands of leftist activists were killed, jailed, tortured and exiled. However, the Left reemerged in the late nineties and came to power in many countries of the region. Some of the former guerilla leaders contested in the elections and became presidents such as President Jose Mujica of Uruguay, President Dilma Rouseff of Brazil and President Sanchez Ceren of El Salvador. With so many leftist governments in the region, the first decade of the twenty-first century was called the period of Pink Tide. Brazilian President Lula and Venezuelan president Chavez were in the vanguard of the New Left. But the excesses and corruption scandals of some of the Leftist governments caused a right turn in Brazil, Argentina and Ecuador. The left-baiters called it the end of the Pink Tide and reemergence of the Right. But this was disproved by the return of the Left to power in countries such as Argentina and Peru.

The far-right Bolsonaro is expected to lose in the next elections in Brazil in 2022 to the leftist Lula, who is leading in the polls. Meanwhile, Mexico elected the leftist Lopez Obrador as President in December 2018. He hosted a summit meeting of the Community of Latin American and Caribbean Countries (CELAC) on Saturday 18 September. He had invited the Presidents of Cuba and Venezuela to the summit in defiance of the US policies of sanctions and isolation.

The Latin Americans are getting used to their journey with Left and Right turns. But hopefully, they will not be lead into darkness again by any more Shining Paths.