The AUKUS alliance is a win-win situation for India 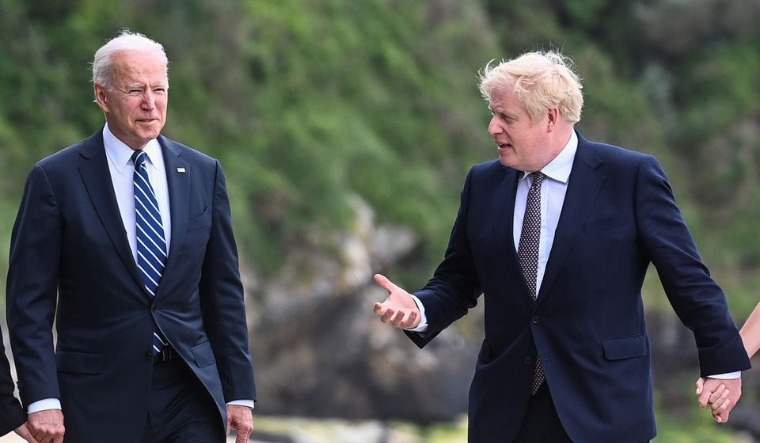 The new Australian, UK and US alliance, known as AUKUS is meant to counter the assertiveness of Beijing in the Indo-Pacific region,  and the first initiative is aimed at equipping Australia with nuclear-powered submarines.

Though New Delhi, has so far, kept silent on the new strategic alliance, observers believe it to be a win-win situation for India. India faces an unresolved border issue with China and the 18-month long military standoff between the two sides in eastern Ladakh is yet to be resolved.

Under AUKUS, sharing of military and critical capabilities like cyber, artificial intelligence and quantum computing, will be the key areas, where China currently is dominating.

We have just witnessed, that UK has recently done the maiden deployment of its aircraft carrier HMS Queen Elizabeth into the Indian Ocean with its strike task group as part of the country’s most ambitious naval deployment for two decades.

Indian observers are calling the alliance is a game-changer in the region. QUAD is meaningless without the necessary capability upgrade for all its members especially Australia and Japan who don't have the Naval muscle to check China in the broader Indian Ocean.

Harsh V Pant, a Professor of International Relations with King's India Institute and also the Head of the Strategic Studies Programme at New Delhi based Observer Research Foundation claims that the development is by and large favourable news for India because India has been at the forefront of rallying a broader coalition of countries in the Indo-Pacific to work against the structural challenges being posed by the China's rise.

"This would allow India to be more ambitious in its foreign policy and defence approach. As India's partners become more self-confident and assured of their defence capabilities, it allows India a greater strategic room to manoeuvre in the indo-pacific," Pant added.

Experts believe that any policy measures that boost the capability of India's partners, and Australia has emerged as India's one of the most important allies in the Indo-Pacific region, is certainly a welcome move. Australia is part of the Malabar military exercise, and within the wider framework of QUAD, India is working closely with it. We have just seen the 2+2 dialogue bringing together defence and foreign policy establishments of two countries.

It is also how the regional map of the Indo-Pacific is changing and regional powers want to take greater responsibility for defence and national security in the region.

Moreover, strategic experts also believe that new alliances are similar to the Cold War days, where the entire world was divided into groups.

Several treaties similar to the North Atlantic Treaty were signed: the ANZUS Treaty (Australia, New Zealand and the United States) in 1951, SEATO (the Southeast Asia Treaty Organisation) in 1954 and the Baghdad Pact in 1955.

The Soviet Union and its affiliated Communist nations in Eastern Europe founded a rival alliance, the Warsaw Pact, in 1955. Socialist countries of Eastern Europe united to form a military alliance, bringing together the USSR, Albania, Bulgaria, Czechoslovakia, the German Democratic Republic, Hungary, Poland and Romania.