Nordic region is a bastion of democratic socialism 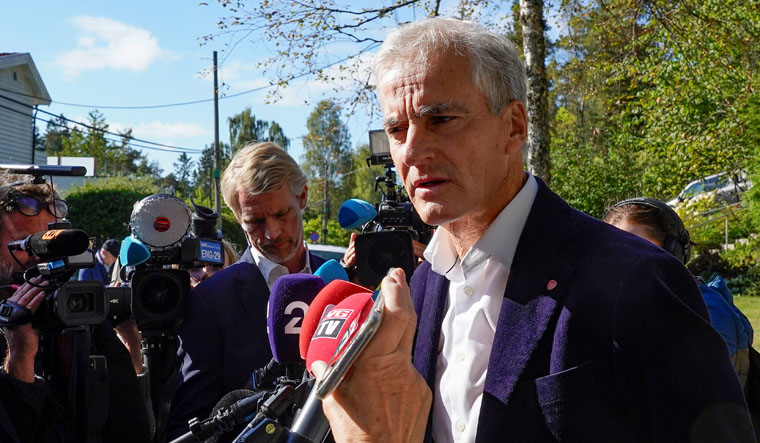 The leader of Norway's Labour Party, in coalition with the centre-left bloc, beat the incumbent Conservatives and won Norway's general elections. With the elevation of Jonas Gahr Stoere, the Labour leader, currently all five Nordic countries now have left-leaning governments.

In 2019, Denmark’s Social Democrats had won the Parliamentary elections, beating centre-right liberals and the far-right Danish People’s party (DPP). Sweden is currently being governed by a two-party, minority coalition government of centre-left agenda, led by Prime Minister Stefan Lofven. In 2017, Icelanders had voted out a centre-right government in an election that paved the way for a left-leaning administration. The Left-Green Movement’s Katrin Jakobsdottir is currently the prime minister in Iceland. Finland is currently being run by a centre-left coalition, with Social Democrats, the Left Alliance and the Greens, headed by Prime Minister Sanna Marin.

With all votes now counted, the Labour Party and its two left-leaning allies—the Socialist Left and the euroskeptic Center Party—grabbed 100 seats in the 169-seat Stortinget assembly while the current government would get 68. The last seat is going to a northern Norway health-focused protest party, Pasientfokus. The outgoing assembly was 88-81 in favor of the centre-right led by Prime Minister Erna Solberg, who was ousted after two four-year terms in the job. Her party also suffered a huge loss nine seats.

Stoere, the Labour leader, said he would start talks with Norway's third largest group, the Center Party, and its leader Trygve Slagsvold Vedum. That party made the largest gain and grabbed nine seats. Gahr Stoere also will meet the media later while Solberg is scheduling a news conference to talk about the election outcome.

Gahr Stoere, who is poised to become prime minister, is a 61-year-old former civil servant. He also owns a large part of his family's company, and most the fortune there comes from the sale in 1977 of a Norwegian company that made cast iron stoves and fireplaces.