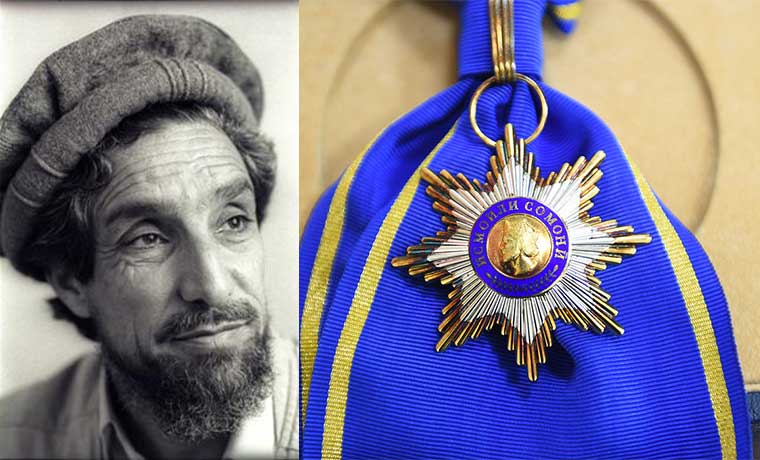 In a sign that Tajikistan will continue its hard line on the Taliban, Dushanbe awarded the late Northern Alliance leader Ahmad Shah Massoud its highest honour, the Order of Ismoili Somoni.

The award was also awarded to Burhanuddin Rabbani, Afghanistan’s former president-in-exile during the first Taliban regime. Both Rabbani and Massoud played a crucial role in helping end the devastating 1993-1997 civil war in Tajikistan.

Massoud fought the Taliban throughout their five-year rule of Afghanistan, before getting assassinated just days before 9/11. During the Tajik Civil War, he and Rabbani helped bring about the peace talks that ended the conflict—which claimed tens of thousands of lives.

Massoud—the “Lion of Panjshir” (a title now accorded to his son, who leads a resistance in the Panjshir valley against the Taliban)—came from an ethnic Tajik background.

Earlier, Tajikistan’s long-time ruler Emomali Rahmon had said he would reject an Afghan government that was “created by humiliation and ignoring the interests of the people of Afghanistan as a whole, including those of ethnic minorities, such as Tajiks, Uzbeks and others”.

Talks between the Taliban and the leaders of the Panjshir resistance—who are accompanied by Afghanistan’s former Vice President Amrullah Saleh—have failed. There have since been reports of bloody clashes between both sides.