However, the lab leak theory is still inconclusive 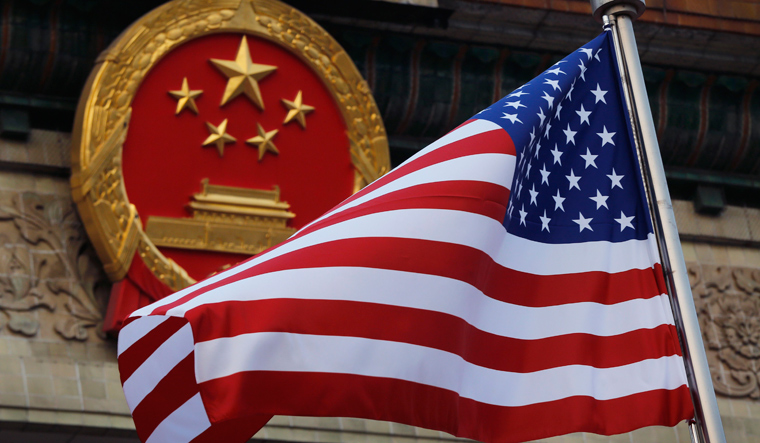 China and US flags | Representational image

US President Joe Biden, in a statement on Saturday, accused China of hiding "critical information" about the origins of the COVID-19 pandemic. News agency AFP reported that the White House is however unconvinced of the lab leak theory and does not believe Chinese officials had foreknowledge of the virus before the initial outbreak of the pandemic. "Critical information about the origins of this pandemic exists in the People's Republic of China, yet from the beginning, government officials in China have worked to prevent international investigators and members of the global public health community from accessing it," Biden said in a statement. "To this day, the PRC continues to reject calls for transparency and withhold information, even as the toll of this pandemic continues to rise."

China, the US and the World Health Organisation are entangled in a feud that centres on whether the virus that causes COVID-19 could have leaked from a lab in the city of Wuhan, where the disease was first detected in late 2019. A joint WHO-China report published in late March concluded that a lab leak was “extremely unlikely”, and China wants the investigation to move on to other possibilities. The most likely scenario, the report said, is that the virus jumped from bats to another animal that then infected humans.

But the findings are not conclusive, and WHO Director-General Tedros Adhanom Ghebreyesus said “all hypotheses are on the table and warrant complete and further studies”. He added in July that there had been a “premature push” to rule out the lab leak theory.

In May, President Joe Biden ordered a 90-day review by intelligence agencies of both theories. White House Press Secretary Jen Psaki said Biden received the report and a classified briefing about it, and that an unclassified summary is being prepared “expeditiously” for public release.