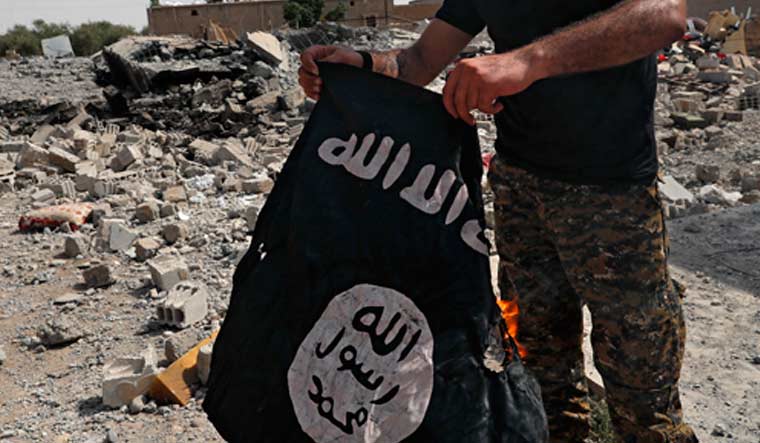 With the Taliban having won the battle for supremacy in Afghanistan, the group appears to have begun a crackdown on its rivals. According to media reports and social media footage, Omar Khorasani, former head of the Islamic State in South Asia.

According to a Wall Street Journal report, Khorasani, also known as Mawlawi Ziya ul-Haq, was taken from an Afghan government prison and executed. Khorasani had been arrested by Afghan security forces in an operation in May 2020. Khorasani headed the group’s South Asia operations, but had been replaced as chief at the time of his arrest.

According to the UN report, “In April, ISIL-K leader Mawlawi Zia ul-Haq, also known as Abu Omar Khorasani, was dismissed and replaced by Mawlawi Aslam Farooqi, who was previously in charge of operations in the Khyber Agency. Ul-Haq’s demotion was reportedly due to poor performance in the context of ISIL-K setbacks in Nangarhar in the second half of 2018. The new leadership nomination was made during a visit by an ISIL core delegation, underscoring the direct relationship between ISIL-K and the ISIL core in Iraq and Syria,” the report said.

According to reports, Khorasani was killed in the Pul-e-Charkhi prison in Kabul.

Khorasan’s successor, Shahab al-Muhajir, was appointed in June 2020, according to a report by the United Nationals monitoring team for the ISIL (Da’esh) & Al Qaeda sanctions Committee.

In July 21, the UN team in its 28th report warned that ISIL-K was seeking to recruit Taliban fighters. The Taliban and ISIS have clashed numerous times in Afghanistan since 2015.

Other terror outfits have been supportive of the Taliban. The banned Pakistani Taliban or the Tehreek-e-Taliban Pakistan (TTP) terror group has congratulated the Afghan Taliban on taking control of Afghanistan, describing it as a "victory for the whole Islamic world", according to a media report on Tuesday.

In the statement, TTP spokesperson Mohammad Khorasani reiterated the group's "allegiance to the Afghan Taliban leadership," and pledged to "support and strengthen the Islamic Emirates of Afghanistan."