Under Canadian law, the role of a judge in extradition law is limited 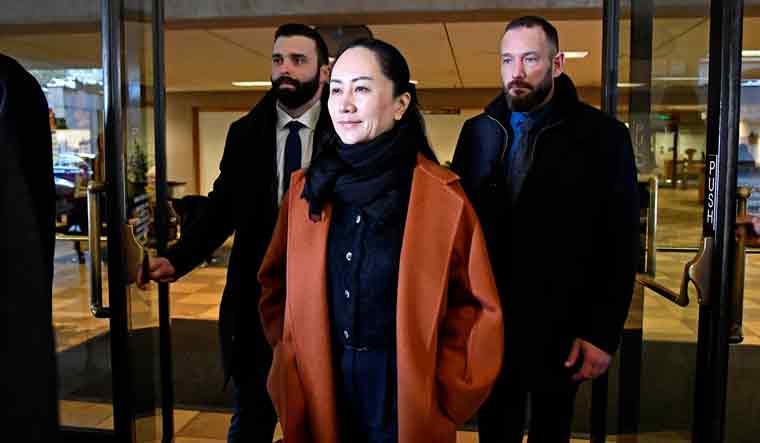 Huawei's chief financial officer Meng Wanzhou’s extradition hearing in Vancouver came to a close on Wednesday, after over two years. Wanzhou’s detention had triggered unprecedented tension among China, the US and Canada.

The decision regarding Wanzhou’s extradition to the US for trial now rests in the hands of Canadian Associate Chief Justice Heather Holmes. Wanzhou and Huawei have been charged with alleged bank fraud and evasion of economic sanctions against Iran. The ruling could take months.

Wanzhou, 49, is the eldest daughter of Huawei’s billionaire founder Ren Zhegfei. In the US, Wanzhou will be tried for fraud. She was arrested at Vancouver airport in December 2018.

Prosecutors in New York claim that she lied to HSBC Holding's Plc about Huawei’s operations in Iran as part of a scheme to violate US trade sanctions.

Under Canadian law, the role of a judge in extradition law is limited. Wanzhou’s team has urged Holmes to take a broader view and “act as a judge, not a rubber stamp.”

The judge has scheduled a case management conference on October 21, when she is likely to decide when she would declare a ruling. Beijing views Wanzhou’s arrest as a politically motivated attack and within two days of her arrest jailed two Canadians for alleged espionage. The two Canadians being detained are Michael Korvig and Michael Spavor. Spavor, a businessman has been sentenced to 11 years in prison, post which he will be deported. Former Canadian diplomat Kovrig’s hearing has been concluded, but, it isn’t clear as to when a ruling regarding his case will be made. Another Canadian Robert Schellenberg, who was arrested in 2014 and charged with drug smuggling, was sentenced to 15 years, on November 2018. But, in January 2019, the court changed its sentencing and gave him the death penalty.

The Canadian prosecutors on Wednesday revisited the main charges against Wanzhou, that she misled an HSBC executive during a restaurant meeting in 2013, which led to the bank processing Huawei’s transactions, which eventually put itself at risk of financial penalties. And while the US claims jurisdiction in part as the transactions were made in US dollars, China has argued that the event is Beijing’s concern as it is on its soil that the events occurred.

Wanzhou’s lawyers have challenged the accusations and said that HSBC was fully aware of Huawei’s transactions in Iran and the bank hasn’t suffered any sanctions-related penalties.

If the ruling favours Wanzhou and her extradition to the US is denied, then Wanzhou would be released. But, if the ruling goes against Wanzhou and she is to be extradited to the US, the matter will be passed on to Canada’s Minister of Justice David Lametti, who will make the final call. Wanzhou will get 30 days to make an appeal, which could lengthen the legal battle.