Will Taliban gain the international legitimacy that it so desires? The big question hangs in the air 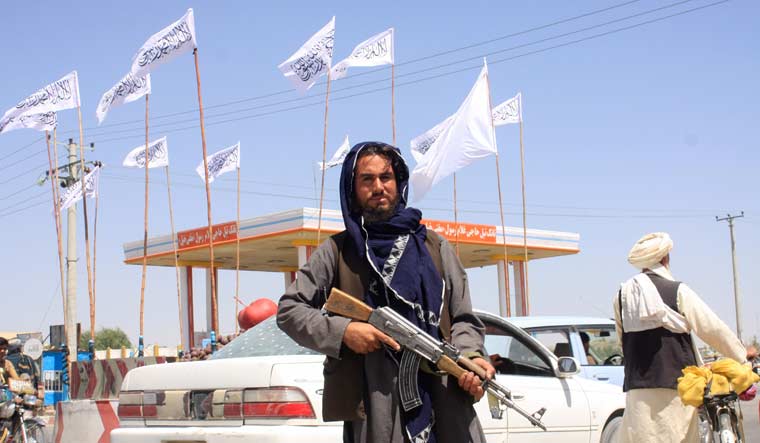 A Taliban fighter looks on as he stands at the city of Ghazni, Afghanistan | Reuters

For the Taliban, after taking Kabul, their first priority will be to gain international legitimacy. As questions revolve around who will be the next president of the war-torn country, with Mullah Baradar's name the most discussed, global powers are scrambling to reach a consensus on recognising the Taliban. The West is split on the topic.

United Kingdom Prime Minister Boris Johnson has urged global powers and NATO against recognising Taliban as the legitimate Afghanistan government. "Nobody should bilaterally recognise the Taliban as the government of Afghanistan," Johnson said on Sunday, news agency Reuters reported.

French President Emmanuel Macron vowed that the fight against Islamic terrorism in all its forms would not end. "Afghanistan cannot again become the sanctuary for terrorism that it was," Macron said. "Stability can only come about through political and diplomatic actions to be defined in the days ahead with the UN Security Council."
He promised that he would not abandon Afghans who worked for France, from translators to kitchen staff, as well as artists, activists and others under threat from the Taliban.

The United States had already announced that recognising the Taliban will be incumbent on the militant group's human rights records. The Biden administration is now reaching out to top rivals Russia and China amid concerns that either or both Moscow and Beijing might stymie an international consensus on isolating the Taliban should conditions worsen.

As things stand, Russia, China and Iran—apart from Pakistan—could be the first nations to recognise Taliban as the legitimate government in Kabul.

China has, in recent weeks, expressed an interest in working with the Taliban. Earlier on Monday, China said its embassy in Kabul remains open and is willing to assist with Afghan reconstruction. The foreign ministry would not say if Beijing would recognise the Taliban as the new government but said China would respect the choice of the Afghan people.

Iran has already warmed to Taliban and is willing to do business with it. As reported by The Cradle, when asked about the Taliban’s legitimacy, spokesperson Saeed Khatibzadeh had said: “The Taliban are part of the future of Afghanistan. We have said that we are committed to facilitating these negotiations, and everybody’s voice should be heard".