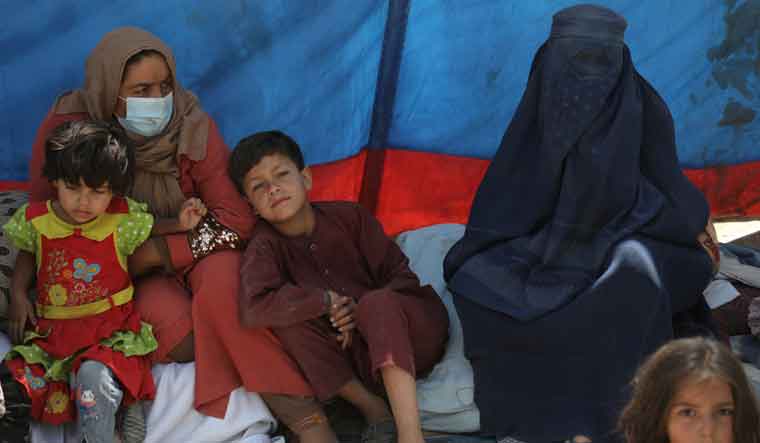 Internally displaced families from northern provinces, who fled from their homes due the fighting between Taliban and Afghan security forces, take shelter in a public park in Kabul, Afghanistan | Reuters

The Taliban have banned Covid vaccination in east Afghanistan's Paktia, Afghanistan-based radio and television platform Shamshad News reported. The armed movement has banned COVID-19 vaccines in the Paktia regional hospital and put up a notice in this regard, the report said citing provincial Public Health Director, Walayat Khan Ahmadzai.

According to Ahmadzai, the COVID-19 vaccine ward has been closed for the last three days, and the clients are told that the vaccine has been banned. The Taliban warned the vaccine distribution team to avoid distributing vaccines, Ahmadzai added.

The region was captured last week when they allegedly removed Nishan Sahib from a gurdwara in the province.

As per latest reports, the Taliban has seized a radio station in Kandahar and took to the airwaves Saturday after capturing much of southern Afghanistan in a rapid offensive that has raised fears of a full takeover less than three weeks before the US is set to withdraw its last troops. The Taliban have captured much of northern, western and southern Afghanistan in recent weeks, leaving the Western-backed government in control of a smattering of provinces in the centre and east, as well as the capital, Kabul, and the northern city of Mazar-i-Sharif.