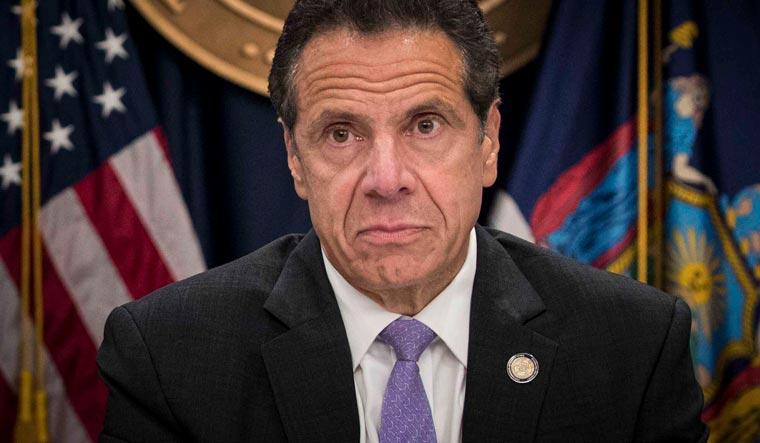 In an address to the city of New York, Andrew Cuomo announced his resignation from his post following a report that he sexually harassed 11 women. Calling the reactions "false", he said his lawyers had reviewed the report and had raised "serious issues and flaws" in it. Nonetheless, he said he would step down as he never wanted to "be unhelpful in any way".

Ending his decade-long stint as New York's governor, he said he takes full responsibility for his actions. While denying the charge of sexual harassment, he said he "could" be too familiar with people, including kissing and hugging people. "In my mind, I have never crossed the line with anyone. But I didn't realise the extent to which the line has been redrawn," he said.

Taking an unrepentant stance, he said he believed the charges against him were politically motivated.

The White House welcomed his resignation, saying it was at the behest of President Joe Biden. White House Press Secretary Jen Psaki said, "The President made clear his views last week and those stand. Our view is that this is a story about these courageous women who came forward, told their stories, shared their stories. And the investigation overseen by the attorney general that, of course, completed today in an outcome that the President called for just last week."

Cuomo's resignation comes following a report by state Attorney General Letitia James (D) that found he had sexually harassed 11 women and engaged in inappropriate conduct with current and former staffers as well as at least one state trooper who was assigned to his protective detail.

“These interviews and pieces of evidence reveal a deeply disturbing, yet clear picture: Gov. Cuomo sexually harassed current and former state employees in violation of both federal and state laws. The independent investigation found that Gov. Cuomo sexually harassed multiple women, many of whom were young women, by engaging in unwanted groping, kisses, hugging and by making inappropriate comments,” James said last week.