Meet the Irish and US champion horses with Chennai names: Adayar and Anna Salai

Adayar's dam, Anna Salai, comes from a line of 'Annas' 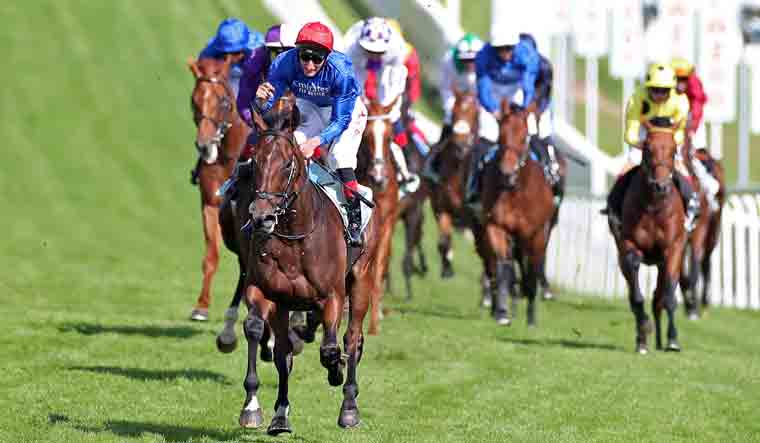 Adayar is a river in Chennai. Adayar is also a fine colt who is expected to set the track on fire today at the King George VI and Queen Elizabeth Stakes at the Ascot Racecourse, Berkshire, England. The racecourse’s most famous event is, of course, Royal Ascot, the four-day race meeting patronised by the English royal family.

Love might find it tough going today, experts say, with conditions being wet, and the ground soft. The dark horse, so to speak, in the race could be Adayar, listed as an Irish entry. The Guardian’s Greg Wood said, “Adayar, the Derby winner, promises to be the sternest opponent of all regardless of how much rain arrives. The visual impression of his four-and-a-half length win at Epsom was backed up by the clock.”

Wood was referring to Adayar’s easy win at The Derby Stakes, popularly called the Epsom Derby or just the Derby. The race is one of the five oldest and most important races that are together called the Classics in British horseracing. The others are the Oaks, the 1,000 Guineas Stakes, the Saint Leger Stakes, and the 2,000 Guineas Stakes.

Adayar was foaled on March 31, 2018. He was bred by Godolphin, the private Thoroughbred horse racing stables of Dubai’s royal family, the Maktoums. The stables were founded by Sheikh Mohammed bin Rashid Al Maktoum, vice president and prime minister of the United Arab Emirates, and ruler of Dubai.

Till date, Adayar has won Rs 6.81 crore in prize money. The colt’s trainer, Charlie Appleby, told The National that Adayar was “approaching his biggest challenge in tip-top condition”. “We are upbeat about accepting the challenge. His prep has been faultless,” Appleby said about the colt’s preparation for the Ascot event.

While it is not clear why Adayar was named so, the most likely link leads to his dam, Anna Salai. Chennai’s arterial Anna Salai, formerly St Thomas Mount Road, was renamed in honour of C.N. Annadurai, the first chief minister of Tamil Nadu.

Anna Salai, the filly, is also owned by Godolphin and was bred by their sister concern, Darley. She is now listed from the US. Anna Salai comes from a line of Annas; her dam was Anna Palariva from Ireland and grand-dam was English, Anna of Saxony. Anna Salai was first in Prix De La Grotte race at ParisLongchamp in 2010. So, champion horses with Chennai names!

While Chennai has nothing to do with the colt and his dam, it would be interesting to see if Adayar does Tamil Nadu proud today.