Karachi saw positivity rate of 25.7 per cent, while national rate was 5.25 per cent 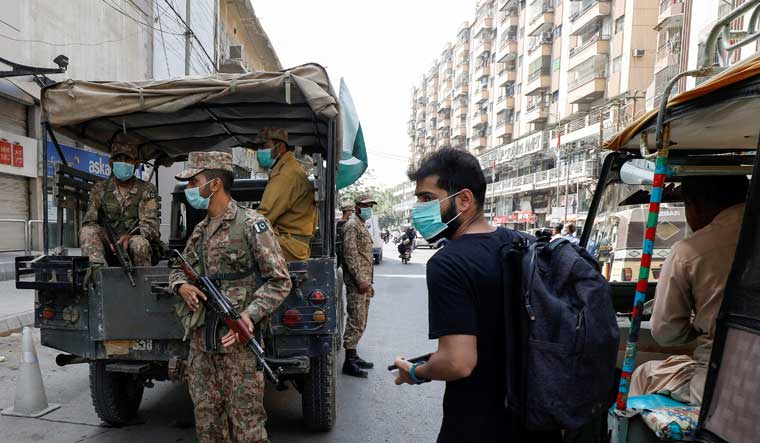 The provincial government in Sindh, Pakistan, and health officials on Tuesday expressed concern that Karachi could see a big jump in coronavirus cases during the Eid festival if people don't follow proper guidelines.

Karachi reported a positivity rate of 25.7 per cent as compared with the national positivity rate of 5.25 per cent, with health officials warning that private and public hospitals are reporting an alarming rise in Delta variant cases of COVID-19.

“It is not a very good situation. We are worried that if people don't take care and follow proper SOPs during the three-day Eid festival holidays, we could see a massive jump in positive cases in Karachi,” said Dr Sajjad Qaiser, Secretary-General of the Pakistan Medical Association.

He said what was most alarming is that, people, despite warnings, were not taking the spread of the coronavirus cases seriously.

Many hospitals are now refusing patients because they have reached the saturation point, Qaiser said.

The Sindh government on Monday said the COVID-19 situation in Karachi is becoming serious, and warned people that ignoring precautionary measures during the Eid festivities could make matters worse.

The Delta variant is spreading fast, and we have seen a big jump in positivity rates due to it in the last 48 hours, it said.

We have set up special teams to monitor the situation and ensure cleanliness and hygiene all over the city as people sacrifice animals, he said.

Wahab said Karachi could see a fourth wave of the COVID-19 pandemic.