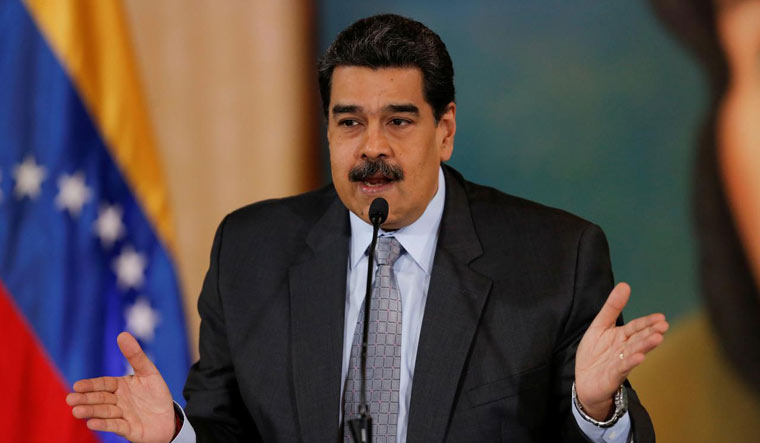 The US government on Monday began to ease the crippling sanctions imposed by the Trump administration on Venezuela by allowing companies to export propane to the troubled South American country, a step that could mitigate a shortage that has pushed people to cook on charcoal or wood grills.

The long-awaited first policy reversal of the Biden administration toward Venezuela comes as the socialist government of President Nicolas Maduro has begun to allow foreign aid into the country and taken other steps to signal it is willing to engage with Washington.

The regulation from the US Department of the Treasury authorises non-US companies to export liquefied petroleum gas to Venezuela without risking sanctions. The authorisation is valid for one year.

It is obviously a humanitarian gesture to the Venezuelan government because in the country with the largest oil reserves in the world, people are cooking with wood on wood stoves instead of with propane, said Russ Dallen, managing partner at Caracas Capital Markets.

But the US move was announced on the same day that opposition leaders claimed to have been the targets of Maduro's security forces. The timing could not have been worse for Washington, Dallen said.

Guaid told reporters from the basement of his residence in Caracas that members of the Venezuelan security forces intercepted his vehicle and threatened to arrest him. He said the agents pointed long weapons at the vehicle and ordered him to open the doors, but then withdrew amid protests from neighbours.

The intimidation has never stopped us, said Guaid, who is considered by the US and dozens of other nations to be Venezuela's legitimate leader and has previously negotiated humanitarian aid.

Venezuela's government did not respond to requests for comments on the sanctions and accusations from Guaid.

Julie Chung, acting assistant secretary for state for Western Hemisphere affairs, criticised Venezuela for the latest acts against the opposition.

We strongly condemn the arrest of Venezuelan Congressman @FreddyGuevaraC and threats against Interim President @jguaido in Venezuela, she said on Twitter. "We urge the international community to join us in condemning these acts and demanding the release of all those detained for political reasons."

Under President Donald Trump, the US government imposed crippling sanctions seeking to isolate Maduro. Those restrictions have made it difficult for Venezuela to develop, sell or transport its oil -- the backbone of its economy. The European Union has also imposed sanctions.

A UN report issued last week noted that sanctions add to the problems in Venezuela, which is mired in a deep political, social and economic crisis attributed to plummeting oil prices and to two decades of mismanagement by socialist governments. It has been in recession for years. Millions live in poverty amid high food prices, low wages and hyperinflation.

Venezuela is facing extreme shortages of LPG, which the majority of Venezuelans rely on to cook meals, the US Treasury Department said in a statement.

While Venezuela has historically been able to meet consumer demand through domestic production, years of mismanagement by the Maduro regime and Petrleos de Venezuela, S.A. (PDVSA) have contributed to the present shortfall. In an effort to promote a short-term solution to this problem, Treasury is issuing this time-limited authorization for the exportation of LPG.