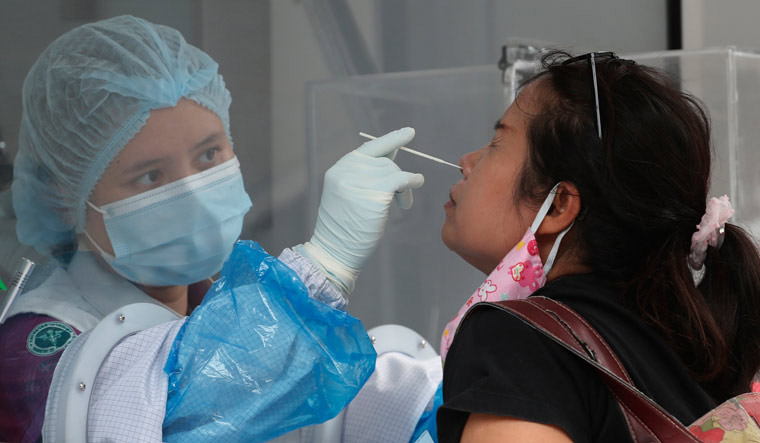 Thailand, on Monday, has implemented its toughest coronavirus restrictions in over a year in Bangkok and surrounding provinces. Curbs have been imposed on gatherings. There has been suspension in flights and bus services.

The restrictions come as Thailand recorded 8,656 infections and 80 deaths on Monday. The total number of virus fatalities is 2,791.

145 checkpoints have been set up, including 88 in the capital city of Bangkok, the epicentre of the latest outbreak, to curb non-essential regional travel. People have been asked to work from home as much as possible.

The majority of the cases reported since April has been attributed to the highly transmissible Alpha and Delta variants of the COVID-19 virus. The restrictions, which are expected to last for two weeks include malls closures, a limit of five persons on gatherings and a curfew from 9 pm to 4 am. Public transport will shut down at 9 pm. Supermarkets, restaurants, banks, pharmacies and electronics stores within malls will be allowed to stay open.

Prime Minister Prayut Chan-O-Cha, who has been facing calls from citizens to step down, has come under criticism for his government's handling of the virus. People are angry about the government's ad hoc responses to mitigate the spread of the virus.