'People have no right to raise rare wildlife as pets' 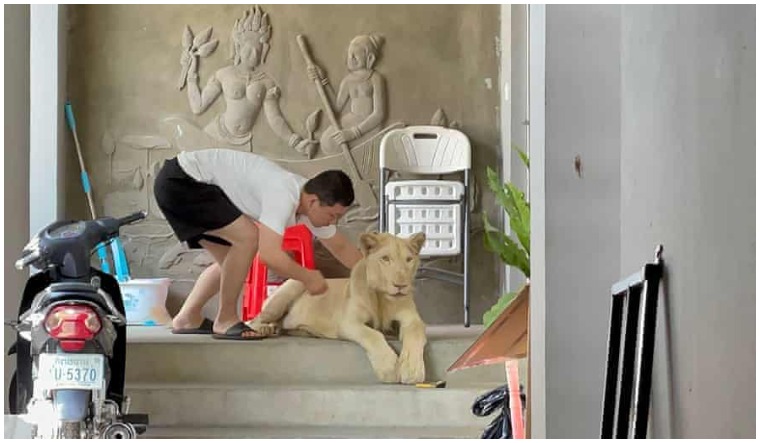 Cambodian authorities have seized a lion, which was being kept as a pet by a Chinese man. The male lion, weighing 70kg was imported by the owner. Authorities have been trying to track the animal ever since it was spotted in a TikTok video.

Wildlife Alliance – an animal rescue non-government organisation that helped the government seize the animal told AFP, “The lion’s canine teeth had been removed, along with its claws, which drastically reduces a lion’s quality of life.” They also said that the conditions of a private home were not appropriate for a wild animal.

The TikTok video showed the lion lounging as a dog played nearby. Another video showed it being sprayed down with a hose when it was a young cub. The lion is now 18 months old. A Twitter user, on Sunday, had posted an ariel video of the animal roaming in the garden of its owner’s villa in Phnom Penh. Authorities haven’t said whether or not the owner would face legal action. The animal has been taken to a wildlife rescue centre.