Pakistan: Three dead, 17 injured in a blast in Lahore

The blast occurred around 120 metres from Hafiz Saeed’s residence 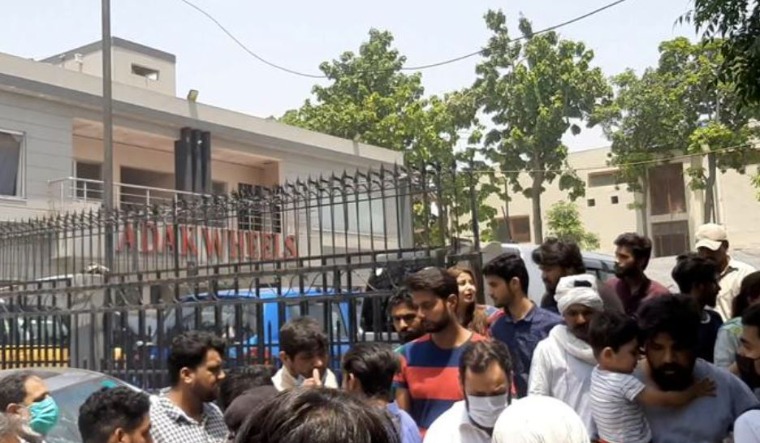 People gather outside a damaged shop after an explosion in Lahore, Pakistan | Twitter

At least three people have been killed and 17 injured in a blast that took place in a residential area of Pakistan's Lahore on Wednesday.

The cause of the blast is yet to be determined.

The explosion took place near a hospital in Lahore's Johar Town. According to the police, the blast occurred around 120 metres from Hafiz Saeed’s residence. Saeed is the co-founder of Lashkar-e-Taiba and the chief of Jamaat-ud-Dawah (JuD). Saeed, the mastermind behind the 2008 26/11 Mumbai terror attacks, was sentenced to  10 years in prison in November 2020.

Glass windows of nearby houses and buildings have been shattered, The Dawn reported.  The sound of the blast was so loud that it was heard in faraway areas, witnesses told local media. Punjab Inspector General of Police Inam Ghani said, "The Counter-Terrorism Department (CTD) has taken over the investigation. The CTD will determine whether the blast was a suicide blast if a device was used.”

Ghani urged citizens and the media not to ‘speculate’ as to who might be behind the blast. The injured have been shifted to Lahore's Jinnah Hospital