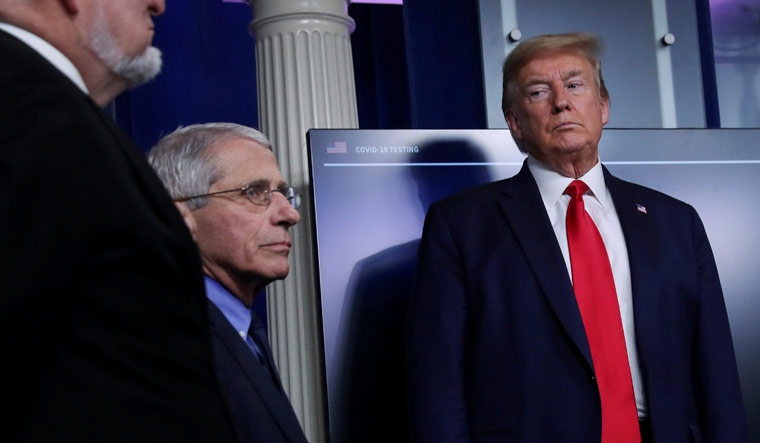 As the origin of COVID-19 has come under renewed scrutiny again, former US president Donald Trump on Thursday demanded China pay $10 trillion to the US and the world.

Trump, who demitted office earlier this year after losing the presidential election last November, had repeatedly claimed China was not being transparent about the origin of COVID-19 and held it responsible for the deaths and economic devastation of the pandemic. His claims about the virus originating in the Wuhan Institute of Virology had been dismissed early by experts, but in recent weeks, there have been calls to probe the origin of COVID-19.

Trump issued a statement on Thursday that claimed "Now everyone, even so-called 'enemy', are beginning to say that President Trump was right about China virus coming from Wuhan Lab. China should pay 10 trillion dollars to US and world for death and destruction they have caused."

In the statement, Trump also took aim at Dr Anthony Fauci, who was head of the COVID-19 task force, and had often clashed with the former president on handling of the pandemic.

Fauci had initially been sceptical of the claims of Trump that COVID-19 had leaked from a Chinese lab. Trump's statement said, “The correspondence between Dr. Fauci and China speaks too loudly for anyone to ignore."

Trump was referring to emails of Fauci released by the US government in which he was told early in the pandemic the virus had "unusual features". Republicans pointed to the emails to allege Fauci knew of the work at Wuhan Institute of Virology early on.