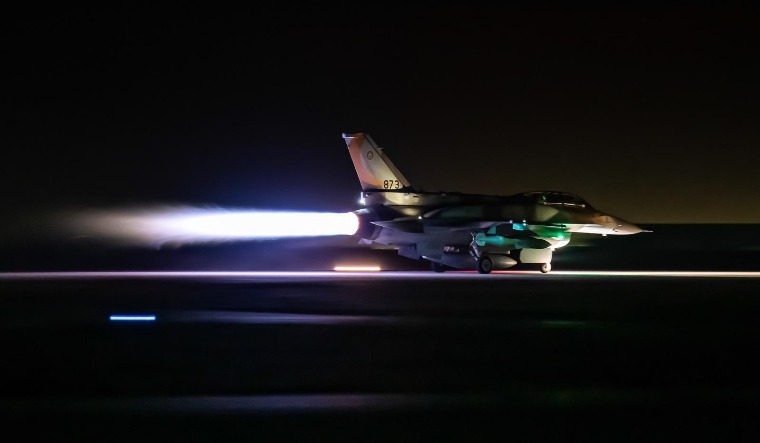 Every year since 1998, Pakistan has celebrated May 28 as Youm-e-Takbeer (the day of greatness). The occasion marks the anniversary of the first nuclear weapon tests conducted by Pakistan on May 28, 1998, at the Chagai hills in Balochistan.

In the run-up to the tests, the government of then Pakistan prime minister Nawaz Sharif was under intense public pressure to 'respond' to India's nuclear tests at Pokhran on May 11 and 13 that year. The main opposition leader, Benazir Bhutto, even threw bangles at a public rally to taunt Sharif over the perceived delay in responding to the Indian nuclear tests. On the other hand, Sharif was being badgered by the US and EU to not test a nuclear weapon.

One theme often forgotten about the Chagai nuclear tests was fears expressed by Pakistani officials of an Israeli attack on its nuclear facilities to prevent the emergence of an 'Islamic nuclear bomb'. This included talk of Israeli F-16s being spotted in its airspace before the nuclear tests. Pakistan's ambassador to the UN Ahmad Kamal met then UN secretary-general Kofi Annan, while the country also reached out to the Bill Clinton administration in the US to convey fears about an Israeli attack.

The Irish Times reported in June 1998 that "both Israel's ambassador to the UN, Mr Dore Gold, and its ambassador to Washington, Mr Eliahu Ben-Elissar, got in touch with their Pakistani counterparts to convey messages of reassurance". The Israeli government, with Benjamin Netanyahu as prime minister, insisted there was no basis to Pakistan's allegations of a strike on its nuclear facilities.

However, Israel's worry about Pakistan's nuclear weapons capability did not start in 1998.

On May 17, 1979, Israeli prime minister Menachem Begin wrote to his British counterpart, Margaret Thatcher, to express his concerns about Pakistan's development of nuclear weapons. Begin pointed to the close ties between Pakistan, then under the rule of general Zia-ul-Haq, and Libya's ruler, colonel Muammar Gaddafi.

Begin warned Thatcher about "what could happen in the Middle East, and particularly to the men, women and children in Israel should the lethal weapons of mass killing and destruction fall at any time into the hands of an absolute ruler like Colonel Qaddafi".

In his 2012 book Eating Grass: The Making of the Pakistani Bomb, former Pakistan Army brigadier Feroz Hassan Khan chronicled Pakistan's quest for nuclear weapons. The name of the book was derived from the famous lines of Pakistani politician Zulfiqar Ali Bhutto who once said, “If India builds the bomb, we will eat grass or leaves, even go hungry, but we will get one of our own..." The fact that Zulfiqar Ali Bhutto made the statement in 1965 during an interview with Patrick Keatley of The Guardian showed that Pakistan's pursuit of nuclear weapons capability started long before the 1971 war and India's first nuclear test in 1974.

In the book, Feroz Hassan Khan noted Pakistan's fear of an Israeli attack on its nuclear facilities was fuelled by an incident in 1981 that stunned the world. In June 1981, Israeli F-16 fighters destroyed an under-construction nuclear reactor, named Osirak, near Baghdad. The attack irreversibly set back the nuclear ambitions of Iraqi dictator Saddam Hussein.

Khan referred to purported plans by India and Israel to attack Pakistan's nuclear facilities, most notably the uranium enrichment and research facility at Kahuta in the early 1980s.

"... Pakistani intelligence picked up leads of Israeli and Indian intelligence collaboration and discovered that the Indian Air Force had begun planning a strike on Pakistan’s nuclear facilities. India conducted a feasibility study on an Osirak-type attack against Pakistan at its Combat College, and the Indian Air Force conducted a series of exercises related to this study, some of which used top-of-the-line Jaguar aircraft. Meanwhile, Israel offered a new proposal that would accomplish New Delhi’s goals. Under this new plan, Israeli planes would take off from an Indian Air Force base in Jamnagar, refuel at a satellite airfield somewhere in northern India, and in the final stage, the planes would track the Himalayas to avoid early radar detection before penetrating Pakistani airspace,” Khan wrote in his book.

Khan claimed then prime minister Indira Gandhi had cleared the operation, but the US government, under president Ronald Reagan, warned India and Israel to back off. Khan wrote Indira Gandhi abandoned plans to attack Kahuta in 1982 and 1984.

In a post on his website in November 2016, eminent strategic analyst Bharat Karnad appeared to corroborate the claims by Khan. Karnad wrote the plan for the attack on Kahuta in 1982 involved Israeli F-16 fighters carrying bombs and F-15 air superiority aircraft providing air defence to the attacking aircraft. Karnad claimed the Israeli aircraft would launch from Udhampur. Karnad wrote the information about the operation came from retired Israeli major-general Aharon Yaariv, who told him "Indira Gandhi had first approved of an Israeli strike on the Pakistani uranium enrichment centrifuge complex in Kahuta in 1982 with Indian help but called off the raid just before it got under way."

Khan claimed the fear of possible Israeli attacks had led Pakistan to upgrade security at Kahuta and the Karachi nuclear power plant, with the Pakistan Air Force beginning combat air patrols over the areas.

In 1988, India, under Rajiv Gandhi, and Pakistan, under Benazir Bhutto, announced an agreement prohibiting attacks on each other's nuclear installations. Every year on January 1, the two nations have exchanged lists of their nuclear installations as part of their adherence to the Agreement on the Prohibition of Attack against Nuclear Installations and Facilities.