Mysterious airbase under construction on strategic island off Yemen 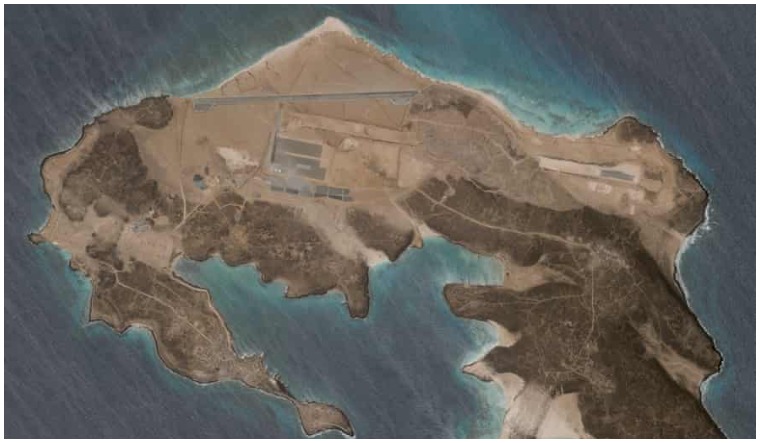 A mysterious airbase is being built on a volcanic island—the Mayun Island off Yemen. No country has claimed the structure being built in the Bab el-Mandeb Strait.

The strait is one of the world’s crucial maritime chokepoints for both energy shipments and commercial cargo.is linked to the United Arab Emirates, AP reports.

Officials in Yemen’s government say that the UAE is behind the current attempt too. In 2019, UAE had announced that it was withdrawing its troops from a Saudi-led military campaign battling Yemen's Houthi rebels.

Whoever controls an airbase on the Mayun island is automatically elevated to a position of power, as it allows them to launch airstrikes into conflict-ridden Yemen. The airbase also gives the controller access for operations into the Red Sea, the Gulf of Aden and nearby East Africa.

Dump trucks and graders building a 6,070-foot runway on the island can be seen on satellite images from Planet Labs Inc as of April 11.

Military officials have said that the recent tension between Yemeni President Abed Rabbo Mansour Hadi and the UAE was partly due to UAE demanding that the Yemeni government sign a 20-year lease for Mayun island.

The strategic location of the island also known as Perim island has been recognised internationally. The island was under British control until 1967 when they departed from Yemen.