Fire breaks out in port city near Iranian nuclear plant

A fire at the same port in 2020 damaged seven ships 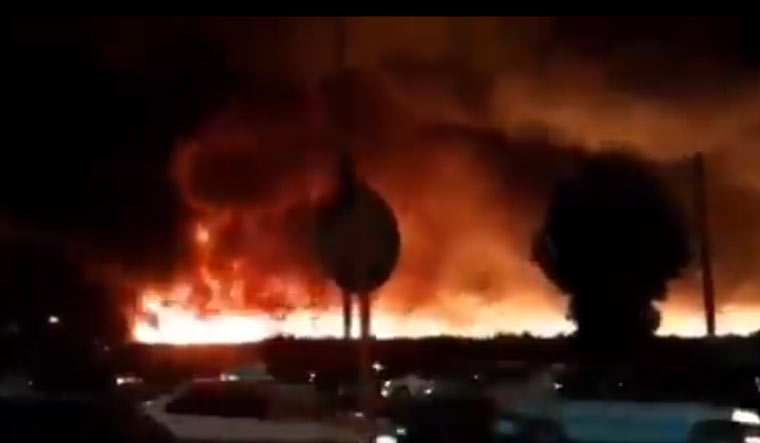 Just four weeks after a blackout hit Iran’s Natanz nuclear facility, which the country attributed to Israel as an act of “nuclear terrorism”, a fire has broken out near the Bushehr Port, just 12km south of the country’s sole functioning nuclear plant.

Visuals of the blaze were shared on social media. According to local reports, it was located on a local naval base.

#Breaking : Massive fire breaks out near Iran's Bushehr nuclear power plant last night with the cause of the fire unknown. pic.twitter.com/8gpxYOEm7O

The fire raged overnight, following which another fire made headlines on the other side of the country, at a chemical plant in Qasvin.

The spate of fires comes amid increasing tensions between Iran and the West, in particular, with Israel, as the erstwhile nuclear deal is renegotiated even as Iran enriches uranium to higher levels than it ever has.

As the country breached the 60 per cent enrichment mark in April, its President Hassan Rouhani said the decision was in response to Israel’s “nuclear terrorism” against the Natanz facility.

In July 2020, a blast at the Natanz centrifuge assembly caused serious damage to the facility, with some analysts claiming it set the country’s nuclear program back 1-2 years. The blackout at the plant in April this year was also ascribed to Israel, though Israel did not publicly claim it.

2020 saw a series of incidents across Iran that affected strategic industries like ports and power plants. A fire at the Bushehr port itself in 2020 saw seven ships suffer damage.

World powers held the fourth round of high-level talks on Friday in Austria aimed at bringing the United States back into the nuclear deal with Iran, with both sides signalling a willingness to work out the major stumbling blocks.