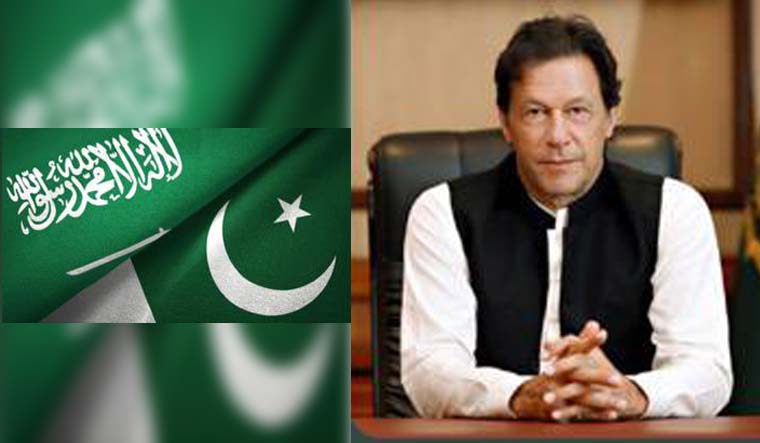 Pakistani Prime Minister Imran Khan on Friday left for Saudi Arabia, a nation with which Pakistan has had long-standing historic and fraternal relations.

Khan is on a three-day visit to the Kingdom to discuss bilateral relations. According to Dawn, Khan's visit is expected to improve “strained” relations between Pakistan and Saudi Arabia that were shaken in the recent past due to several reasons.

“I take this opportunity to appreciate various landmark initiatives taken by the visionary leadership of Saudi Arabia. One that requires a special mention is the “Saudi Green Initiative” and “Green Middle East Initiative. We believe that our priorities and goals in this regard are aligned and we can therefore learn a lot by sharing experiences. Pakistan will extend every possible support toward the success of the Green Initiative,” PM Khan told ANI.

The two leaders—Imran Khan and Crown Prince Mohammed Bin Salman are expected to discuss several areas of bilateral cooperation including economics, trade, investment, energy, job opportunities for the Pakistani workforce, and welfare of the Pakistani diaspora in the kingdom.

The PMO's press release also noted that “Saudi Arabia is a member of the OIC Contact Group on Jammu and Kashmir.”

Pakistan local media reported, “Pakistani-Saudi relations have been complex all along but since 2015, when the Pakistani parliament restricted the military from participating in the war in Yemen, its relations with Saudi Arabia have soured. Military conflict in Yemen is said to be one of the reasons behind strained relations between Saudi Arabia and Pakistan."

Pakistan, last year, expected Saudi to support it in dealing with the Kashmir issue. When Riyadh turned it down, Pakistan repeated the demand. This resulted in Riyadh calling for repayment of a $1 billion loan.