The crew was conducting an annual sturgeon study 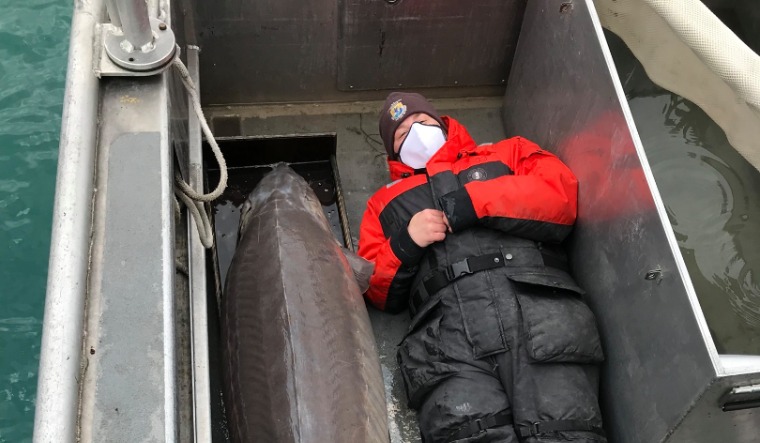 The US Fish and wildlife put up an image of a 240-pound (approximately 108 kilos) female sturgeon with the following caption: “Now that's how you take a fish photo! The Alpena Fish and Wildlife Conservation Office crew caught this 240 pound, 6' 10" female lake sturgeon in the Detroit River last week. She is estimated to be more than 100 years old! After processing, this beauty was quickly released back into the river.”

The mammoth fish, that could be more than 100 years old was caught last week in the Detroit River by the US Fish and Wildlife Service. The image of the fish was shared over 20,000 times.

This fish was caught on April 22 near Grosse Ile, south of Detroit, by a three-person crew. The crew was conducting an annual sturgeon study. The typical lifespan for a male sturgeon is 55 years and that for a female is 70-100 years. A frozen round goby, a favourite snack of the sturgeon was used as bait and it took the team six minutes to haul the fish to the boat with a net.

Lake sturgeon are listed as a threatened species in Michigan. If caught, may keep the fish for a year, but, if the fish was caught in the Detroit river, must be released.