US, Iran meet with world powers to discuss revival of nuclear deal

'The talks in Vienna were constructive,' said Aragchi, head of the Iranian delegation 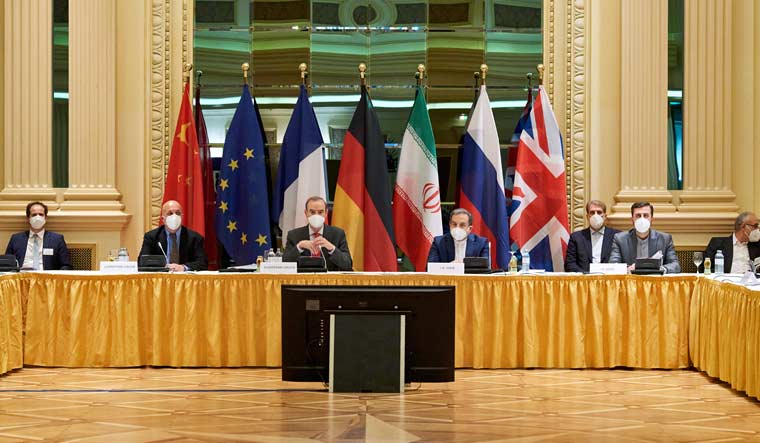 Iran and world powers met in Vienna, Austria and had what they called 'constructive' talks as the US attempts to return to the nuclear power accords intensify. Iran and nations part of the Joint Comprehensive Plan of Action (JCPOA) — China, France, Russia, the United Kingdom, and the United States, Germany and EU nations— agreed to form working groups to discuss what sanctions the US might lift and nuclear curbs acceptable to Iran.

The US and Iran, whose relationship has been tense since former US president Donald Trump withdrew from the JCPOA accords in 2018, say they do not expect any quick breakthroughs. Iran, for now, refuses to talk directly with the US. Iran has said that they wouldn't talk directly with the US unless President Biden, revoked sanctions imposed by the US by former president Trump.

“The talks in Vienna were constructive … our next meeting will be on Friday,” Abbas Araghchi, who is leading the Iranian delegation in Vienna said. European nations were shuttling between representatives from Iran and the US trying to bring them back into compliance with the accords.

US sanctions have affected numerous Iranian individuals and entities over 'terrorism' and human rights abuses.

After the US-backed out from the accords in 2018, Iran overstepped the limits of the accord and went on it enrich its uranium reserves.

US State Department spokesman Ned Price in Washington told Reuters, “It is a welcome step, it is a constructive step, it is a potentially useful step.” He also expressed concern that indirect talks would be “difficult.” Tensions in the Middle East could be eased if a resolution is reached on the nuclear issue, especially tensions between Iran and Israel, and Iran and US-led Sunni Arab allies like Saudi Arabia, who fear the possibility of Shi'ite Iran getting nuclear arms.